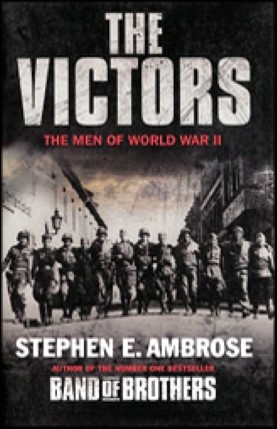 THE VICTORS is a breathtaking new work from bestselling historian Stephen E. Ambrose. It follows the momentous events of the war from D-Day, 6 June 1944, through to the final days when the Allied soldiers pushed the German troops out of France, chased them across Germany, and, on 7 May 1945, destroyed the Nazi regime.

At the centre of this epic drama are the citizen soldiers, the boys who became men as they fought, proving eventually unbeatable. Drawing from his extensive research for his previous bestselling books on the conflict, Ambrose creates one of the most exciting single-volume histories of the Second World War ever written. THE VICTORS is a compelling celebration of military genius and heroism, and of camaraderie and courage. 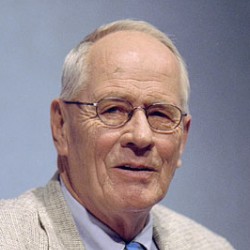 Dr. Stephen Ambrose was a renowned historian and acclaimed author of more than 30 books. Among his New York Times best-sellers are: Nothing Like It in the World, Citizen Soldiers, Band of Brothers, D-Day - June 6, 1944, and Undaunted Courage.He was not only a great author, but also a captivating speaker, with the unique ability to provide insight into the future by employing his profound knowledge of the past.

His stories demonstrate how leaders use trust, friendship and shared experiences to work together and thrive during conflict and change. His philosophy about keeping an audience engaged is put best in his own words: "As I sit at my computer, or stand at the podium, I think of myself as sitting around the campfire after a day on the trail, telling stories that I hope will have the members of the audience, or the readers, leaning forward just a bit, wanting to know what happens next."

Dr. Ambrose was a retired Boyd Professor of History at the University of New Orleans. He was the Director Emeritus of the Eisenhower Center in New Orleans, and the founder of the National D-Day Museum. He was also a contributing editor for the Quarterly Journal of Military History, a member of the board of directors for American Rivers, and a member of the Lewis and Clark Bicentennial Council Board.

His talents have not gone unnoticed by the film industry. Dr. Ambrose was the historical consultant for Steven Spielberg's movie Saving Private Ryan. Steven Spielberg and Tom Hanks purchased the film rights to his books Citizen Soldiers and Band of Brothers to make the 13-hour HBO mini-series Band of Brothers. He has also participated in numerous national television programs, including ones for the History Channel and National Geographic.