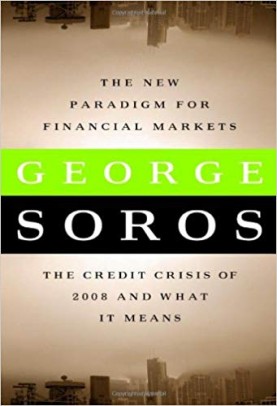 The New Paradigm For Financial Markets.

In the midst of the most serious financial upheaval since the Great Depression, legendary financier George Soros explores the origins of the crisis and its implications for the future. Soros, whose breadth of experience in financial markets is unrivaled, places the current crisis in the context of decades of study of how individuals and institutions handle the boom and bust cycles that now dominate global economic activity.

“This is the worst financial crisis since the 1930s,” writes Soros in characterizing the scale of financial distress spreading across Wall Street and other financial centers around the world. In a concise essay that combines practical insight with philosophical depth, Soros makes an invaluable contribution to our understanding of the great credit crisis and its implications for our nation and the world. 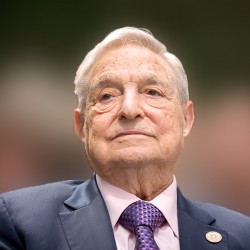 George Soros was born in Budapest, Hungary on August 12, 1930. He survived the occupation of Budapest and left communist Hungary in 1947 for England, where he graduated from the London School of Economics. While a student at LSE, Mr. Soros became familiar with the work of the philosopher Karl Popper, who had a profound influence on his thinking and later on his professional and philanthropic activities. The financier.

In 1956 Mr. Soros moved to the United States, where he began to accumulate a large fortune through an international investment fund he founded and managed. Today he is Chairman of Soros Fund Management LLC.