Home / Books / That Kiss In The Rain 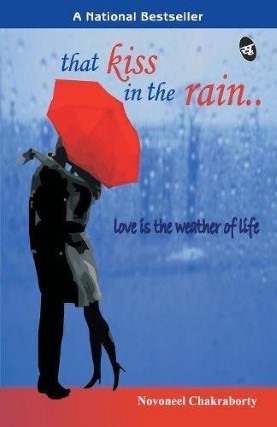 That Kiss In The Rain

‘That Kiss in the Rain: Love is the Weather of Life’ is a love-story that revolves around a successful man named Hasil: a successful entrepreneur who marries the woman he loves. Life seemed just perfect when catastrophe takes over, and he loses not only his memory but also his wife. His tragic memory-loss would not let him remember his wife’s demise, and he would always wonder about her absence.

Things, however, starts taking shape when his friend Nitin visits him in the hospital. Readers are also introduced to two girls, Swadha and Pallavi, both of whom have different natures and their own personal stories. What will happen if these two girls fall in love with Hasil? Will Hasil be able to forget his wife and choose one? Written in fluent words with a gripping-style, this story turns into a romantic plot involving three intriguing characters.

Published in 2010 by Srishti Publishers & Distributors, this novel is available in paperback. 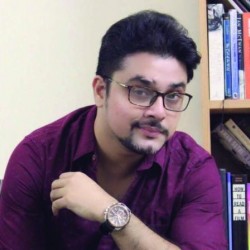 Novoneel Chakraborty is the bestselling author of ten romantic thriller novels and one short story collection, Cheaters. The Forever series was listed among Times of India's most stunning books of 2017; it was also featured among Amazon's memorable books the same year. The two books remained on the bestseller list for ten weeks straight and Forever Is a Lie was one of the highest selling books of 2017 on Flipkart.

While the third instalment in the Stranger trilogy, Forget Me Not, Stranger, debuted as the No. 1 bestseller across India, the second, All Yours, Stranger, ranked among the top five thrillers on Amazon India. The Stranger trilogy has been translated into six languages. It will soon be adapted into a web series. Cheaters will be available in Hindi as well.

Known for his twists, dark plots and strong female protagonists, Novoneel Chakraborty is also called the Sidney Sheldon of India by his readers. Apart from novels, Novoneel has written and developed several TV shows such as Savdhaan India and Yeh Hai Aashiqui. He lives and works in Mumbai.