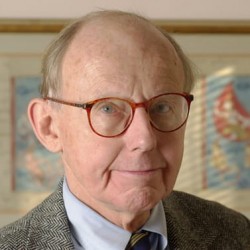 Samuel Phillips Huntington was an American political scientist who gained prominence through his "Clash of Civilizations"(1993, 1996) thesis of a new post-Cold War world order.

Previously, his academic reputation had rested on his analysis of the relationship between the military and the civil government, his investigation of coups d'etat and for his more recent analysis of threats posed to the U.S. by contemporary immigration.