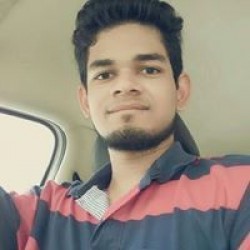 Shreyas Bhave, an Electrical Engineer from VNIT Nagpur, is one of India’s youngest experts on Railway Electrification. He also administers an entrepreneurial community at www.outfirstmillion.org.

Possessed of an abiding love of history from childhood, Shreyas was inspired to take on the challenge of writing a fictionalized account based on historical record, supplemented by rich folklore, which continues to surround the legendary figure of Asoka.

Apart from writing, Shreyas enjoys song-writing and composing music, sketching and watercolour painting. He plays the guitar. He enjoys hiking up to the many hill forts of Maharashtra, replete with history and ghosts of the past.

Shreyas Bhave is a final year BTech student at VNIT, Nagpur. Let us know more about his writing.

Reading and watching movies inspired me to start writing. My first writings were fan fictions. Then, I began to copy styles of famous authors until I finally developed my own style. Now days, whenever I read a new book, it drives me to go write something. Same is with watching a good movie or a nice TV Series. That is the way I deal with my writer’s block.

What did you like to read when you were a boy?

I read harry potter and hardy boys when I was very young. My grandfather, who is an English teacher, also put me up with tolerating Shakespeare and classical English literature by Charles Dickens etc. As I grew older, I discovered great works by novelists like Maclean, Dumas, and Verne. Now-days, I majorly read Nonfiction on various subjects.

The greatest challenge of course is the plotting of the book. Your book must have a great plot, it must have a great climax, or else, people will not love it. Your chapters must end on anticipation; your plot must be a page turner. Lot of thinking time goes into the plotting of the story and that is what I consider the hardest part. Once the plot is perfectly prepared, everything else flows very smoothly.

I had to go through a lot of ancient documents before beginning to write this book. I read ‘Asokavadana’ which is a Buddhist text on Ashoka’s life. I also read modern books on the subject like the ones by Charles Allen to find out more about the period of that time.

What motivated you to write the book “The Prince of Patliputra”?

I was visiting a mountain pilgrimage called Girnar in Junagarh district few years back. It boasts of a vast Jain temple and also the highest point of Gujarat state. When I enquired who had built the Jain temple, the answer I received was it was built by Chandragupta Maurya. The question which came to my mind is why a king from Patliputra which was faraway, was building temples at the edge of his empire? Afterwards I visited an underground network of Buddhist caves nearby. I was impressed by its architecture. “Who built these caves?” I asked and the answer that came was “Samrat Ashoka.” This was the incident that drove me to find out more about this great Grandfather-grandson duo and the outcome is the Asoka trilogy.

Can you tell us more about your latest book “The Prince of Patliputra”?

The Prince of Patliputra is the book 1 of the Asoka trilogy. It is story that begins 272 years Before Christ when Bharathvarsha (India) is in a state of turmoil. Bindusar, the second Samrat of the Maurya dynasty rules over the subcontinent at that time and he is dying, riddled by unknown diseases. His foremost enemy, Avarak the one eyed has used this opportunity to incite the province of Avanti to a rebellion and has captured the city of Ujjain. Asoka is the least favorite son of the Samrat and has been sent to break down this rebellion. The story begins with an assassination attempt on Asoka’s life as he marches against the rebels of Avarak. From them on, it is a speedy thrilling ride which shows how he defeats the rebels, finds his assassins, falls in love and faces betrayals and solves puzzles. The book also has a flashback story, which tells how Asoka’s grandfather, Chandragupta established the Maurya rule in India.

How did you come up with the idea of writing historical fiction genre book?

I have always been fascinated by histo-political dramas, like HBO’s Rome and Boardwalk empire and CTV’s The Borgias. Going gaga over these for some time, I realized that thousands of such dramas are present in our own history. That is why I took on this genre. The prince of Patliputra is not just a Historical fiction. It is a histo-political thriller which will race the reader’s mind just as much as it shall race the reader’s heart.

Who are your favourite authors?

This is a tricky question as there are so many great souls to choose from! (Yes, souls! Because the top ten of my favorite authors are now dead.) In Fiction, I love the work of Alistair Maclean, Michael Crichton, Robert Ludlum, Ayn Rand. In Nonfiction, I’ll mention the great biographer Emil Ludwig.

How much time do you dedicate to writing on a daily basis?

In an ideal world, I will write 2000 words every day. This is quite an achievable target and takes roughly 1-2 hours/day. A standard fiction novel is 100k words, so that means in an ideal world, I’ll complete the first draft in 2 months. Of course, the world is not ideal and unforeseen circumstances do get in the way.

Write every day and complete your manuscripts.