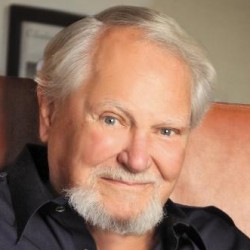 Cussler began writing novels in 1965 and published his first work featuring his continuous series hero, Dirk Pitt, in 1973. His first non-fiction, The Sea Hunters, was released in 1996.

The Board of Governors of the Maritime College, State University of New York, considered The Sea Hunters in lieu of a Ph.D.

thesis and awarded Cussler a Doctor of Letters degree in May, 1997. It was the first time since the College was founded in 1874 that such a degree was bestowed.

Cussler is an internationally recognized authority on shipwrecks and the founder of the National Underwater and Marine Agency, (NUMA) a 501C3 non-profit organization (named after the fictional Federal agency in his novels) that dedicates itself to preserving American maritime and naval history.

He and his crew of marine experts and NUMA volunteers have discovered more than 60 historically significant underwater wreck sites including the first submarine to sink a ship in battle, the Confederacy's Hunley, and its victim, the Union's Housatonic; the U-20, the U-boat that sank the Lusitania; the Cumberland, which was sunk by the famous ironclad, Merrimack;

the renowned Confederate raider Florida; the Navy airship, Akron, the Republic of Texas Navy warship, Zavala, found under a parking lot in Galveston, and the Carpathia, which sank almost six years to-the-day after plucking Titanic's survivors from the sea.

In September, 1998, NUMA - which turns over all artifacts to state and Federal authorities, or donates them to museums and universities - launched its own web site for those wishing more information about maritime history or wishing to make donations to the organization. (www.numa.net).

In addition to being the Chairman of NUMA, Cussler is also a fellow in both the Explorers Club of New York and the Royal Geographic Society in London. He has been honored with the Lowell Thomas Award for outstanding underwater exploration.