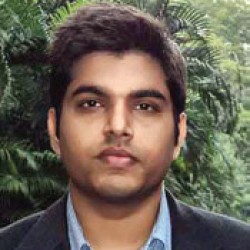 ATUL K. THAKUR is a public policy professional, management consultant, journalist, and writer who specialises in the interface of politics and economics. His research and writing interests extend to macroeconomic policies and international affairs, with a special focus on South Asia. He is an alumnus, inter alia, of Banaras Hindu University and has worked across sectors, spanning policy research, management consultancy, publishing and media.

India Now and in Transition is his second book as an editor. He has previously edited India since 1947: Looking Back at a Modern Nation (Niyogi Books, 2013), a significant work on modern India. He is currently working on a book on Nepal’s complex political-economic transitions and ethnicity issues.

As a journalist and columnist he has written extensively for many prominent newspapers and websites. He is also a literary critic, having reviewed hundreds of books for leading publications in India and abroad. He can be reached at: summertickets@gmail.com.