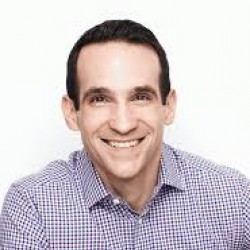 He has taught at the Stanford Graduate School of Business and Hasso Plattner Institute of Design. His writing on technology, psychology and business appears in the Harvard Business Review, The Atlantic, TechCrunch, and Psychology Today.

An Exclusive Interview with Nir Eyal, Author of Hooked: How to Build Habit-Forming Products

Recently, 100 PM published an Introduction to the Hook Framework, a quick study of author Nir Eyal’s behavioral science ideas in his best-selling book Hooked: How to Build Habit-Forming Products.

I sat down with Nir to ask some burning questions about product development and solicit fresh insights on the Hook Model, since the book’s first release in 2014.

You can read our exclusive conversation below and, as a special gift to you, 100 PM will be giving away three free copies of Nir’s book every day for the next three days. Enter here to win.

100 PM in conversation with Nir Eyal

Suzanne: One of the most common mistakes product companies make is rushing toward design and solutions without first addressing problem / solution fit and value. In some ways, the Hook Model makes it all the more tempting to do this. At what point in the product development process do you think is the right time to start exploring hooks?

Nir: The answer to that is that the best time to take out the Hook Model is in the very early stages of product development, meaning when it’s just an idea, when it’s just in the conception stage before any design has been laid down, or before any interactions are thought up, or even before any code is written.

The best thing you can do is to take out the Hook Model and analyze your business model to those four basic steps by asking yourself the fundamental question of, does my product meet the archetype of what’s required to form a consumer habit?

You can save yourself a lot of time, and effort, and money, and headaches. That’s the best stage to take out the Hook Model.

Now, the other stage that’s useful is, sometimes when it’s too late, when a product is not bringing customers back, and for some reason you don’t know why, then as a diagnostic tool, it can be very helpful to take out the Hook Model and to figure out, where is our product deficient? Where in the user flow is the product not getting the user to address their internal triggers? Are the external triggers not effective? Is the action too difficult? Is the reward rewarding?

Finally, are you asking for investment to increase the likelihood of the user returning? If one of those things are deficient, the Hook Model can be a diagnostic tool to figure out where the problem might lie and how you could fix it.

Suzanne: Speaking generally, books like Hooked along with The Lean Startupand Four Steps to the Epiphany seem to offer such a clear path toward success — or at least avoiding common pitfalls. So then why do entrepreneurs continue to make the same mistakes? Is it because they haven’t read the material or because the steps are harder to execute than they sound on paper?

Nir: I think there are a few answers to your question. I think the first answer is that the process of starting a company is evolving. The process has evolved — and this is a fairly recent phenomenon — from something that’s mostly about art and good fortune to something that’s become more of a science. I think it’s more deliberate. I think starting from the Lean Startup and Four Steps to an Epiphany, people like Steve Blank and Eric Ries have given us a more systematic approach to starting companies.

I think that along that vein is where Hooked comes in. The problem I encountered when I used the Lean Startup methodology is that we would always come down to this fundamental problem of, “Yes, we believe in build, measure, learn.” The fundamental problem always was, “Well, what do we build?”

Simply asking people what we should build is not the right way to do things, because people don’t know what they want. It’s much more effective to know what makes people click, and what makes people tick, better than they understand themselves. That’s the first step, is that I think the first answer to your question is that this is a fairly recent phenomenon.

Your contention that, “why do entrepreneurs continue to make the same mistakes?” Well, so few entrepreneurs have read my book, and Steve Blank’s book, and Eric Ries’s book. That’s changing. I think that they’re becoming this required reading for people to digest before they start companies, and that’s fantastic to see. I’m really happy to see that more people are taking the time, upfront, to read these kind of works. I think there’s still a skepticism in a way.

I think that most people think that the entrepreneurs who start companies with great products like Facebook, and Twitter, and Instagram, and Slack, and WhatsApp, and Snapchat — all of these companies — that these founders somehow got lucky. I think that’s the popular perception, both in the startup community and the population at large, that these are products developed by kids in dorm rooms, and they just must have been lucky. I think nothing could be further from the truth when you see that Mark Zuckerberg had two majors before he dropped out of Harvard, and those two majors were psychology and computer science. Kevin Systrom, one of the founders of Instagram, he was a symbolic systems major at Stanford, same story. It’s a combination of computer science at psychology. These folks know what they’re doing.

I think now it’s becoming popular, or it’s being more widely understood that designing great products isn’t just about the technology. It isn’t even just about the design. It’s about understanding human behavior. I think that’s still a new concept that’s yet to be adopted widely.

Suzanne: Since first publishing the work in 2014, have you had any major new insights on the Hook Framework that you wish you could go back and integrate into the book?

Nir: I do, actually. The biggest thing I left out out in the book which I, now, come to realize is very important, is something that’s critical to the variable reward phase of the hook, that third step of the hook.

In the book, I only talk about adding variable rewards. What I should’ve articulated more is that sometimes products don’t necessarily want to add variable rewards, because they already operate in an inherently variable situation.

For example, when you think about Google, Google does not want to add variability to its search results, because the process of asking a question, asking that search query, is inherently variable. There’s uncertainty about where the answer might be, which link is going to have your answer.

The job, when it comes to companies operating in an inherently variable situation, because they have the variable reinforcement, the variable reward already built in, is that they want to give the user greater agency and control in a situation that is inherently variable. That’s something that I didn’t put in the book that I think, maybe, in the next version I will write more on.

Suzanne: Which products have got you hooked?

Nir: Well, there’s many. I think that there’s several products that I find myself using a lot.

Twitter is a product that I use probably a little bit too much.

Email, I think is the mother of habit-forming technology. I’ve, at times, had to restrict my use of those products so that I can concentrate. Those are the two products that I think have me hooked.

I think there’s also other products, like Product Hunt is a service that I use every day. I will always check those Product Hunt emails, because I’m an investor in Product Hunt, and Ryan Hoover helped me on the book, Hooked. I think he’s done a fantastic job of making the product very habit-forming. That’s definitely a product I am hooked to.

Suzanne: Nir, thank you for the great work you’re doing and for making the time to connect with our readers at 100 PM.

Nir: Thank you. I hope this was helpful!