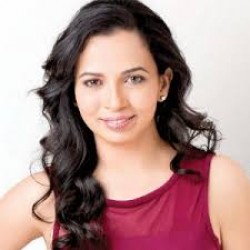 Route Diwakar works out of Mumbai, practices yoga in Rishikesh, ideates in Uttarkashi and treks in the rest of the Indian Himalayas. Winner of the Nutrition Award 2010 from Asian Institute of Gastroenterology, she is amongst the most qualified and sought-after practitioners in India today and the only nutritionist to have accreditation from Sports Dietitians, Australia. Her first book has sold over two lakh copies in four languages and is still in national bestseller lists, more than a hundred weeks after its debut.

In the plethora of diet fads and fears, Route’s voice rings loud and clear, urging us to use our common sense and un-complicate the act of eating. With over a decade of experience working with people from all walks of life, including Karena Kapoor, Anil Ambani, Pretty Zintan, Karishma Kapoor, Saiph Ali Khan and Konkani Sen Sharma, she has fine-tuned her methods to the real issues facing urban Indians.