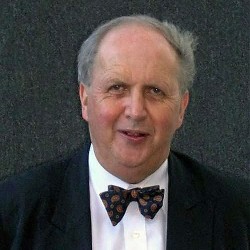 In this age of cynicism, the idealism and humanity inherent in Alexander McCall Smith’s novels seem to resonate with readers more than ever. In 1999, when McCall Smith’s The No. 1 Ladies’ Detective Agency was released in the United States, it instantly hit the best sellers lists.

After numerous best sellers within a relatively short period of time, McCall Smith’s positive impact on the genre has been nothing short of phenomenal. His books have been translated into dozens of languages worldwide, and have reached the best sellers lists in scores of non-English speaking countries.

Our Alexander McCall Smith interview has been presented on our website for the first time and will serve to give readers a bird’s eye view into the mind of highly talented novelist and short story writer.

The No. 1 Ladies’ Detective Agency introduced readers to Mama Precious Ramotswe, a strong-willed, kind, and wise Botswanan lady who decides to open her own detective agency.

With her razor-sharp intuition, Mama Ramotswe is always ready to deal with a variety of cases, including searching for a missing child, checking up on the suitors of a wealthy lady, investigating unexplained deaths in a hospital, or solving the mystery behind the disappearance of an American in the desert.

Along the way, we are treated to a tour of the picturesque African landscape, a lesson on the traditions of Botswana, and provided a glimpse of African wildlife.

McCall Smith’s love of the African land and people is derived from his childhood spent in Rhodesia, and a stint as a law Professor in the University of Botswana.

The series, which is set in his hometown of Edinburgh, captures the city’s charm and history as Isabel uses her sharp insight to delve into affairs which at first seem innocuous and unimportant but gradually turn out to have far-reaching consequences.

McCall Smith has also published dozens of children’s books, numerous short stories, and has written a column for The Scotsman. Since 2003, he has penned a series of humorous novellas featuring the eccentric professor Dr. Moritz-Maria von Ilfeld.

Trained as a lawyer, McCall Smith went on to become a professor of medical law at the University of Edinburgh and has served on bioethics boards, and as vice-chairman of the Human Genetics Commission of the UK. He retired in 2005, to devote his time to writing. In 2007 he was awarded the OBE.

He lives in Edinburgh with his wife and two children. His latest book, The Careful Use of Compliments, was released in August by Pantheon.

AFG: I just finished reading The Careful Use of Compliments, and I really enjoyed it.

AMS: Well, Andrew, thank you so much for that. I feel that I’m really getting settled into the series and into the characters more, and I’m enjoying it very much indeed.

AFG: Considering the cynical world we live in and the idealism of your books, were you surprised by their success?

AMS: Yes. I suppose I was resigned to what I thought would, in perpetuity, be a small readership, and when I discovered that people seemed to respond to them, I was very surprised—and obviously very pleased.

I think that maybe people just found it an alternative to the rather grim tone of a lot of contemporary fiction. Not that one mustn’t have books which deal with the tragic face of the age or the violent face of the age.

AFG: And what are you working on now?

AMS: Well I’m about to start Volume 9 of the Mama Ramotswe books—the Botswana books. I’m just about to go to Botswana next week, in fact. They’re starting to film the series.

AFG: Anthony Minghella is directing it?

AMS: Anthony Minghella, yes. He’s a wonderful director, one of the most marvelous film directors there is. I thought The Talented Mr. Ripley was terrific. I’m a great Patricia Highsmith fan.

I thought she was a superb writer with a marvelous understanding of the sociopathic mind, and Anthony Minghella’s The Talented Mr.

Ripley was just so good. It had such a wonderful period feel of Italy at that time; the textures, the colors, the whole ambience. So he’s directing the No. 1 Ladies’ Detective Agency series.

The Weinstein Company, which used to be Miramax, has been very supportive. They’ve got everybody in Botswana now, and I think filming’s going to start on Monday.

AMS: I don’t know, because if you speak to film-makers about when their films are going to be released, they say just towards the end of the year.

And you know they always say that! [laughs] They’re making a ninety-minute television film to launch the series, then they want to do six films thereafter, which will be terrific. I’ve been told that with television, you reach many more people

AFG: Definitely. But will you retain control over what they put in, or will it be out of your hands?

AMS: No, it’s out of my hands, but the nice thing about dealing with Minghella and the people involved—Richard Curtis, who has directed Noting Hill and Four Weddings and a Funeral, and Sydney Pollack—is that they are a pretty good team. So I’m less worried than if the film were being made by people I didn’t know.

AFG: I know that in the past you served on several bio-ethics panels and that you were also a university professor. Have you given all that up?

AMS: Yes, I’ve stopped all that. I used to be the UK member of the UNESCO International Bio-Ethics Commission, and I was on that for about four years.

Subsequently I was the vice-chairman of the UK’s Human Genetics Commission and various other bio-ethics committees, and I found that I really couldn’t do that and write as well, and so I gave up.

At that stage I was also a professor of medical law in the University of Edinburgh, and I gave that up as well. So I gave everything up! It was quite a cathartic experience, resigning from everything, and I devoted myself to writing.

Our Alexander McCall Smith interview was one of our most popular interviews, thanks to a kind and gracious man, who proves that nice guys do finish first. You can visit the author’s link page by clicking here