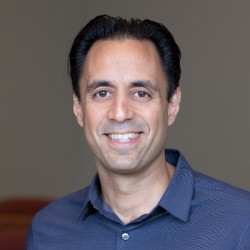 Deepak Malhotra is a Professor in the Negotiation, Organizations and Markets Unit at the Harvard Business School. He teaches courses on negotiation strategy to MBA students, as well as in a variety of executive programs, including the Owner/President Management Program, Changing the Game and Families in Business.

Deepak's research focuses on negotiation strategy, trust development, competitive escalation, and international and ethnic dispute resolution, and has been published in top journals in the fields of management, psychology, conflict resolution and foreign policy. His work has also received considerable media attention, including multiple appearances by Deepak on CNBC. Deepak has won awards for both his teaching and his research.

Deepak's professional activities include training, consulting, and advisory work for firms across the globe in dozens of industries. He is also a frequently invited speaker to executive groups such as the Young Presidents Organization (YPO), the Entrepreneurs Organization (EO) and The Executive Club (TEC).

I had a chance to interview Deepak Malhotra, an award-winning Harvard professor and author of Negotiating the Impossible. The book offers captivating examples from world history, sports and business to illustrate key negotiating principles that readers can apply to their own situations. Whether dealing with difficult customers, trying to end family disputes, or making a case to a skeptical boss, there’s a way to resolve it, says Professor Malhotra.

What motivated you to write this book?

Over the years, I’ve consulted on hundreds of deals with entrepreneurs, executives, managers and sales professionals. I’ve also advised governments trying to negotiate an end to armed conflicts. There’s one question that people in all of these domains ask: How can they can negotiate effectively when things seem hopeless? After working on scores of seemingly intractable conflicts, I’ve come to believe that even the most difficult negotiation problems have potential solutions. I wanted to give people the tools they need to handle difficult situations more effectively.

Why do most people have so much trouble negotiating?

Some people don’t prepare adequately because they (mistakenly) assume that negotiation is all art, and no science — or because they think that their intuition or gut instinct will be sufficient. Other people get anxious, even when they’re asking for what they deserve, because they don’t know how to make the case effectively. The biggest problem is that people tend to be overly focused on their own needs and fail to consider the interests, constraints or perspective of the other side.

You describe three crucial “levers” that lead to results in difficult negotiations: framing, process and empathy. What is important to consider when framing a proposal?

Effective negotiators know that how you articulate or structure your proposals can be as important as what you’re proposing. Put simply, it’s not just what you say that matters, but how you say it. People don’t just respond to the substance of what you’ve offered, they are also highly influenced by how the proposal is structured—how it “looks.” Framing is also important to consider when you’re in a conflict, or when emotions are running high. In these cases, people will often reject even generous offers if they think accepting will make them lose face. Reframing can help the other side say yes to your proposal, while still allowing them to declare victory to their side.

What can go wrong if parties neglect to adequately address the process of a negotiation?

Negotiating the right process can be more important than bargaining hard on the substance of the deal. Before negotiating over what will go into the contract or agreement, focus on how the two sides will get across the finish line. This can mean addressing questions like: Who all needs to be on board? What factors might slow things down or speed things up? The better you negotiate process up front, the less likely you make substantive mistakes later.

Can you share an example of how empathizing with the other party improved the outcome?

Empathy is about understanding the interests, constraints, alternatives and perspective of the other parties. This isn’t about being nice or generous—empathy is essential for achieving your own objectives in the deal. I give many examples of this. In one, an entrepreneur was surprised to find himself the target of an expensive and undeserved lawsuit. The company that brought the lawsuit refused to negotiate and the entrepreneur was forced to go to court. He lost, and was asked to pay millions in damages. Then he changed his approach—and started to investigate much more carefully the interests and alternatives of all the players in the situation, even those he considered his enemies. It changed everything. When the smoke cleared, he’d negotiated an outcome where his multi-million dollar loss turned into a multi-million dollar gain. The book explains how exactly he did it.

Learn more about Professor Deepak Malhotra and the book at NegotiatingTheImpossible.com.