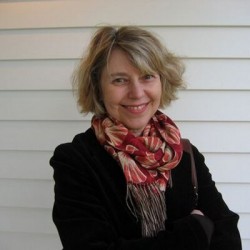 Megan Stine is the Editor-in-Chief of Real U Guides and the author of more than 100 books for young readers including Trauma-Rama, an etiquette book for teenagers published by Seventeen magazine, and several titles in a series based on the popular 1990's television series Party of Five.

A frequent writer of books in the enormously popular Mary-Kate and Ashley series, she is the best-selling author of Likes Me, Likes Me Not and Instant Boyfriend. She has worked with CBS and ABC in developing comedy and drama television pilots, and has written comedy material for a well-known radio personality in New York.

When she isn't writing, she is a portrait and fine art photographer and a contributing photographer for the Real U series of guides.