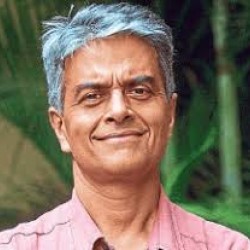 Upamanyu Chatterjee was born in 1959. He joined the Indian Administrative Service in 1983. His published works include short stories and the novels English, August: An Indian Story (1988), The Last Burden (1993), The Mummeries of the Welfare State (2000),

which won the Sahitya Akademie Award for writing in English, Weight Loss (2006) and Way to Go (2011), which was shortlisted for the Hindu Best Fiction Award. In 2008, he was awarded the Order of Officer des Arts et des Letters by the French Government for his contribution to literature.