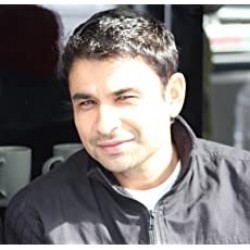 Pratik Shah is the author of ‘Operation Jai Mata Di – The Second Freedom at Midnight’,

His story ‘Wavering Bounds’, published by Mirage Books, is one of the winners of a worldwide short story contest . He has written at Rediff.com, and he maintains his digital bits and bytes at writesaidpratik.com and facebook/writesaidpratik

Unravelling, his next book, is releasing soon!

When did you first start writing?

I first started writing when I was 13. And I started with a bang.

Being in an era of cold war espionage novels, my source of information and inspiration was no secret. I must have wrote @ 15,000 words when I got out of plot (most likely enthusiasm). The story was about a Russian KGB agent Sekakova. He had some evil plans to execute in the US. And there I was, a child, writing all about it from a small town in India! ;)

I recall what KGB stands for even now: 'Komitet Gozudartsvenoi Bezopesnosty' something... security for internal state?

Do you remember the first story you ever read, and the impact it had on you?

I've read many books. Of late, though, that hasn't been the case as I've been busy writing my own stuff - and trying to balance between work and passion. I don't remember the first story that I read. But I do remember a couple of books of the yesteryears - The Avalanche Express, for instance. The Snow Leopard. The Fifth Horseman. Recently, The Lost Symbol, Short History of Nearly Everything.

How do you approach cover design?

It's my first book. So this has been my first experience. I asked a friend to come up with a couple of initial ideas. That served as a base and I took it up from there. I got the initial art file and I know working on photo editors a bit. However that didn't help. I had to catch hold of a designer who gave his own 'color' to the art work. So the concept came from someone else and the final rendering was done by someone else.

What are your five favorite books, and why?

Short History of Nearly Everything (Bill Bryson) - brilliant how the author tucked everything into a beautiful, readable book.

The Lost Symbol (Dan Brown) - for the wonderful work from the author & the book with a philosophical bent.

The Avalanche Express (Colin Forbes) - this book somehow stays in my mind. I don't know why. But when as a child I'd read it, I was totally blown away by the plot.

The Fountain Head (Ayn Rand) - the philosophy & the plot.

What book marketing techniques have been most effective for you?

I'm still experimenting with this. I experimented with a crowdfunding campaign for the book. Well, it did help raise some funds and awareness.

I generally find that FB has been more effective than Adwords in getting the clicks. Conversion, though, is a different matter all together.

What's the story behind your latest book?

The name of the book is 'Operation Jai Mata Di'

For many of you who are not familiar with 'Jai Mata Di', it means 'Hail Goddess'. The plot is about the world's largest hostage-taking incident at one of the holiest pilgrimage locations for Hindus worldwide - at Vaishno Devi, in the troubled state of Jammu & Kashmir, neighbouring Pakistan. Millions of pilgrims visit the site every year.

A large group of hostage-takers lay siege to one of the trek routes leading up to the temple of 'Mata Di' - the Hindu Goddess. The demands set by these men shake the very pillars of the Government. Acceding to the demands would be a political suicide. Not acceding isn't an option either.

Who are these men? What do they want?

This forms the base of the book.

What motivated you to become an indie author?

I'd been always a short story writer. Used to write stories for school and college magazines, websites etc. Also used to pen poems. A couple of years ago I passed through a phase which introduced me to some facets of life - philosophical and spiritual. I thought about expressing the same somewhere, through a short story p'raps. About the same time, I traveled to Masai Mara, the landscape of which prodded me further in the direction. Walking in the tree-shaded lanes of Pune, I came upon a plot. And I started writing. The plot underwent many a modifications, as must be the case with all writers, and in the end I had a beautiful literary, mystery fiction.

How has Smashwords contributed to your success?

First book! The experiment is on! And I'll do whatever I can on Smashwords.

The main issue I see everywhere is how to get my book noticed... esp. since I'm not quite good at my networking skills!

What is the greatest joy of writing for you?

Expressing myself - my thoughts, my ideas. My heart. The aesthetics, the play.

I blog regularly and have recently shifted some of my writings to www.writesaidpratik.com/writes. That's where I express myself.

What do your fans mean to you?

However if I were to have fans, they'd mean a lot to me. I'll be honoured. And proud and humbled that my work has some recognition.

After 'Operation Jai Mata Di', I'd be releasing my book 'Unravelling' which is almost done. That's a beautiful literary mystery. Post that there's another book in works. Right now the plot lives on scratch pages which I've kept with utmost care.