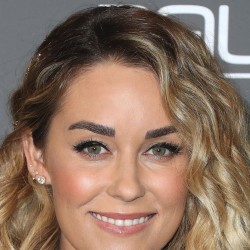 Born and raised in Laguna Beach, California, Lauren Conrad has grown up in the public eye as the star of MTV’s hit series Laguna Beach. Her spin-off show, The Hills, was rated as one of the top shows across all of the cable networks.

This collection appeared at Mercedes-Benz Fashion Week at Smash box Studios in Los Angeles for two consecutive years. Lauren also designed a dress for the Trophy model at the 2008 Emmy Awards.

The line features the reality-star-turned-designer’s latest feminine apparel with a California vibe. This collection is a contemporary lifestyle brand sold in Kohl’s stores and online at www.

Kohls.com. Since launch the brand has expanded to all stores nationwide. LC Lauren Conrad consists of apparel, and this year has expand into additional categories such as footwear, jewelry, intimates, sleepwear and home décor.

In 2011 Lauren launched a third line called Paper Crown. Paper Crown is a specialty line unlike any project Lauren has previously worked on.

It is tailored for the contemporary market and consists of feminine dresses, menswear-inspired basics, as well as tops and bottoms.

Each Paper Crown collection is made with exquisite fabrics including silk charmeuse, chiffon and stretch woven.

Lauren then signed another book deal for series titled “The Fame Game,” penning her final books titled “Starstruck” and “Infamous.”

In 2012 Lauren teamed up with Blue Avocado, a sustainable lifestyle products company on a mission to inspire millions to reduce their ecological footprint with “cool products for a hot planet.”

Lauren has since designed two eco-collections for Blue Avocado, which include stylish prints and new products that expand the company’s food-on-the-go product portfolio to include home storage, travel and cosmetic accessories.

Lauren has made appearances in numerous publications such as USA Today, The Wall Street Journal, Businessweek,

WWD and Forbes as one of the top 100 celebrities and has graced the covers of Cosmopolitan, Glamour, Shape, Allure, Elle, Rolling stone, Teen Vogue, Seventeen Magazine and Cosmo GIRL, to name a few.

On top of everything, Lauren develops and runs her successful website LaurenConrad.com, an online destination that continues to expand her lifestyle brand and keeps her in direct contact with her supportive fan base.