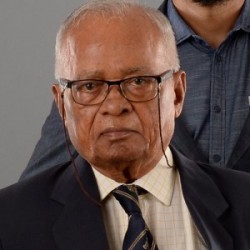 Captain Mohan Narayan Rao Samant (Indian Navy, retired) was commissioned into the Indian Navy in 1952 and belongs to the submarine branch. He commissioned India’s third submarine the INS Karanj in 1969.

During the 1971 war, he was Officer-in-charge of a covert naval unit under the Directorate of Naval Intelligence based in Calcutta from where he directed a four-month-long campaign of guerilla warfare against the Pakistan army’s war effort in Bangladesh.

He led a squadron of gunboats for a raid into East Pakistan during the 1971 India-Pakistan War after the outbreak of war for which he was awarded the Maha Vir Chakra, India’s second highest wartime gallantry award.