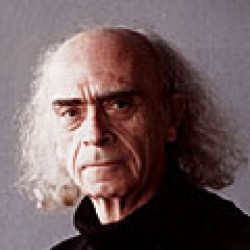 He has published numerous books about Celtic civilisation and the Arthurian cycle. His particular specialties are the place of women in the Celtic world and the Grail cycle.

His many works have dealt with subjects as varied as summations of various myths, the relationships of same with occult subjects like the Templars, Cathars, the Rennes le Château mystery, Atlantis, the megalith building civilisations, druidism and so on, up to and including a biography of Saint Columba.

While Markale presents himself as being very widely read on the subjects about which he writes, he is nonetheless surrounded by controversy regarding the value of his work. Critics allege that his 'creative' use of scholarship and his tendency to make great leaps in reasoning cause those following the more normative (and hence more conservative) mode of scholars to balk.

As well as this, his interest in subjects that his critics consider questionable, including various branches of the occult, have gained him at least as many opponents as supporters. His already weakened reputation was further tarnished in 1989, when he became involved in a plagiarism case, when he published under his own name a serious and well-documented guide to the oddities and antiquities of Brittany, the text of which had already been published twenty years before by a different writer through the very same publisher.

Also a source of controversy is his repeated use of the concept of "collective unconscious" as an explanatory tool. This concept was introduced by Carl Jung, but in modern psychology it's rejected by the vast majority of psychologists.