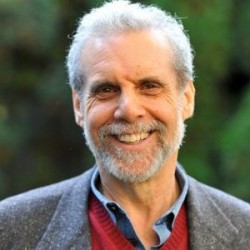 He was a science reporter for the New York Times, was twice nominated for the Pulitzer Prize, and received the American Psychological Association's Lifetime Achievement Award for his media writing. He lives in Massachusetts.

What do CIOs need to know about emotional intelligence, and can technical types like IT Directors in general have lower levels of EQ?

Last month, Daniel Goleman, author of Emotional Intelligence, with more than 5,000,000 copies in print, stepped away from his desk, and put aside his work on his latest book to spend a little time talking with me about emotional intelligence and leadership, and what those two character traits mean for IT directors in the UK.

Pat Brans: Let's start with a basic question. What exactly is emotional intelligence?

Daniel Goleman: Emotional intelligence refers to a different way of being smart. It's not your IQ. It's how you manage yourself and your relationships.

There are four parts to emotional intelligence - at least in my model, and that of a couple of other people. The first is self-awareness, knowing what you feel, and why you feel it, and getting in touch with your values. The second is managing yourself, motivating yourself, keeping going towards your goals, bouncing back from setbacks, and being cool under stress. The third is social awareness, and particularly empathy, knowing what other people are thinking, sensing their feelings, and showing concern when they need your help. And then, the fourth is relationship skills, your ability to influence, to negotiate, to communicate, and so on.

PB: So how exactly does one acquire emotional intelligence?

DG: Well, unlike cognitive abilities and knowledge you learn in school, emotional intelligence is learned in life. Our first tutors are our parents, our caretakers, our teachers, and friends; and now, more and more schools are actually offering more systematic lessons under the guise of what's called social and emotional learning.

This has taken off in many parts of the world actually. And also, many, many businesses are offering courses to help with emotional development. Examples are team-building exercises, and training in communication or negotiation. Some companies have brought in coaches, particularly for the top level, the C-level folks, to help them hone their emotional intelligence, because the higher you go in an organisation, the more these skills matter for your effectiveness.

PB: Are there elements emotional intelligence that are innate?

DG: I think there are some kinds of genetic givens, but the latest understanding on that topic is that emotional intelligence is subject to what's called epigenetics - even if we have a gene, it doesn't mean we'll use it. It can turn on and off, depending on the emotional, chemical or nutritional environment. And second, the brain is plastic throughout our lives. So, if you're underdeveloped in some areas, such as managing yourself, with systematic learning, you can get better at it.

PB: I assume a lot comes from one's parents, and of the two parents, it's the mother who probably passes most of the emotional intelligence to the child. Would you agree with that?

DG: I would say that's true in the earliest years. But emotional development goes on throughout childhood. In fact, I think the part of the brain that manages emotional and social abilities is the last part of it to become anatomically mature. It doesn't mature until to the mid-20s.

That means that everyone you spend time with influences you, for better or for worse. And then you may ask, well can you get better after the mid-20s? The answer is, yes, but it takes effort.

PB: Do you think there are people for whom it's impossible to acquire emotional intelligence – for example, sociopaths?

DG: I think there are some people who have the greater challenge in that way. Most obvious categories are the people in the Asperger's spectrum, who may be fantastic systems analysts, and wonderful workers by themselves, but who don't seem to pick up the signals for social life and often aren't in touch with their own feelings.

We don't understand the specifics, but we do know that people in that category need to develop workarounds, which is to learn cognitively what to do in situations that other people would learn using their emotional or social centres. It doesn't mean you can't learn, it's just a different kind of learning. I think it also takes longer and is more challenging.

PB: Of the four areas that you mentioned - self-awareness, self-management, empathy and relationship skills - would you say they go hand in hand, or can you be really strong in one and not the others?

DG: Even within each of those four categories, there are specific competencies, in which you can be highly developed or undeveloped. Or you can be stronger in, say, self-management and empathy, and when you get promoted to a leadership position, where you need the empathy and relationship skills, you might start to run into problems.

And there are some people who are wonderful as individual contributors but just can't make it as a leader. Often, a lack of empathy and relationship skills is the reason why.

DG: I did a back-of-the-envelope study of this using a couple of hundred competency models and independent surveys, and the results suggest that, for leadership and managerial positions, IQ is just a threshold ability. You need a certain amount of IQ to understand the complexity of what you're doing. You don't necessarily need a lot of knowledge and skill - you can hire people who have knowledge and skill. But the higher you go in an organisation, the more emotional intelligence matters for your effectiveness.

And so, I would put the relationship that way. IQ is threshold largely, and knowledge and experience help, but not enough to overcome poor relationship abilities. And once again, the higher you are in the organisation, the more the emotional intelligence competencies matter.

PB: When it comes to technical leadership positions - chief information officers, chief technology officer, or other IT directors - would you change your ranking of these elements in leadership?

DG: I wouldn't change the order but I will change the proportion. I would say that you need a very high degree of technical knowledge to function as a CIO - first, to know what you're doing, and second, to gain and hold on to credibility, so people respect you as someone who knows what he or she is talking about. But if you don't have emotional intelligence abilities, you're going to have real problems in influencing and communicating, which are requisite skills for any leader.

PB: IT directors frequently run up against tight deadlines. What roll does emotional intelligence play when a leader needs to get the team to respond quicker?

DG: Of the different kinds of leadership styles, command and control is one that is essential when you're up against a deadline and need to tell what people to do. But if you use this leadership style to order people around every day, you will alienate them.

If command and control is the only leadership style you have, you're in trouble, because urgent situations only come up now and then, but you're more often in a situation where you need to inspire people and listen to people. So you should use your emotional intelligence to communicate well with people on a day-to-day basis, and then when during crunch time, you can tell them what to do. That's fine.

PB: This is a very broad question – and I'm probably going to get nasty messages from my readers just by asking this question - but here goes. Do you find lower levels of emotional intelligence among technical types, like IT directors?

DG: Not necessarily but there are some groups of people within the tech world who are very, very good at systems, but not so good at empathy. I remember talking to someone who was at IBM, and he said: "We have this brilliant guy in our team. He's a great systems analyst, but we couldn't put him in front of the customer."

The reason was, he would sit down and start talking about his perception of problems and how he could solve them. But he never asked clients what they thought the problems were in the first place. He didn't have these basic communication skills.

PB: If you're thinking about who you're going to put in charge of a company or a team, is there any way you can measure and predict leadership skills based on emotional intelligence?

DG: It depends on what skills they have. Assuming you're talking about somebody who has high technical skills with computers, you might create a career ladder that is rewarding for them to stay as a programmer but don't try to make them a leader. They're very likely to fail as a leader.

However, you don't have give up on people. These skills can be trained. So, if somebody has a modicum of emotional intelligence abilities, but isn't the sharpest knife in the drawer that way, you can still help them. It's very learnable.

PB: What can you say about the differences in levels of emotional intelligence in different cultures?

DG: I would say that some cultures may be naturally better at some aspects of emotional intelligence than other cultures. Collectivist cultures, cultures where group identity is important, I think they're naturally better in cooperation and coordination and team work skills. You see this more in East Asian cultures. People in the west are more individualistic.

DG: The new book is called "A Force for Good: The Dalai Lama's Vision for Humanity." It's coming out in time for his 80th birthday next summer.