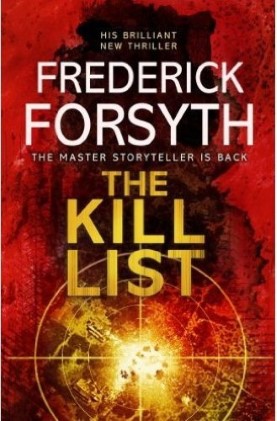 Available
The Kill List written by Fredrick Forsyth is a fiction book which takes you to the brutal daylight murders of the western population by radicals. The Technical Operations Support Activity (TOSA) is an agency based in Virginia that tracks down these people, who feature on a list called The Kill List. This list is in the hands of only the top-most officials of the TOSA. The plot thickens when one of the names on the list turns out to be the son of TOSA's top hunters. The plot revolves around a man known as the preacher, who radicalizes young Muslims to carry out assassinations. The son of the TOSA's top hunters has been in his job for six years. He knows nothing about the name, face or the location of his targets. This is when he realizes that this will take him to places where only few can survive causing the preacher to hunt him down. The Kill List is a 352-page thriller fiction novel published by Random House UK (RHUK) in 2013 and is available in paperback. Key Features The TOSA and Kill List exist in real life too. This book has received mixed reactions, getting a lot of appreciation as well as criticism in general. 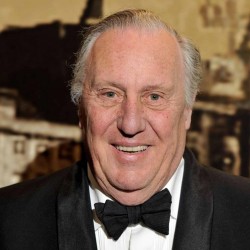 Frederick Forsyth, CBE is an English author and occasional political commentator. He is best known for thrillers such as The Day of the Jackal,

The Odessa File, The Fourth Protocol, The Dogs of War, The Devil's Alternative, The Fist of God, Icon, The Veteran, Avenger, The Afghan, and recently The Cobra and The Kill List.

The son of a furrier, he was born in Ashford, Kent, educated at Ton bridge School and later attended the University of Granada.

He became one of the youngest pilots in the Royal Air Force at 19, where he served on National Service from 1956 to 1958.

Becoming a journalist, he joined Reuters in 1961 and later the BBC in 1965, where he served as an assistant diplomatic correspondent.

From July to September 1967, he served as a correspondent covering the Nigerian Civil War between the region of Biafra and Nigeria.

He left the BBC in 1968 after controversy arose over his alleged bias towards the Biafran cause and accusations that he falsified segments of his reports. Returning to Biafra as a freelance reporter, Forsyth wrote his first book, The Biafra Story in 1969.

Forsyth decided to write a novel using similar research techniques to those used in journalism. His first full length novel,

The Day of the Jackal, was published in 1971 and became an international bestseller and gained its author the Edgar Allan Poe Award for Best Novel. It was later made into a film of the same name.