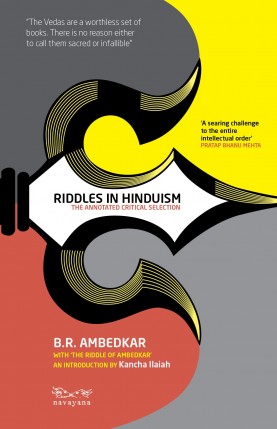 Hinduism claims one billion adherents worldwide. To all those who hold this religion dear, B.R. Ambedkar poses many riddles: is it even a religion? Who is a Hindu? Like most of his writings, riddles in Hinduism remained unpublished during his lifetime. When the state of Maharashtra finally printed it in 1987, The Shiv sena sought a ban.

While the liberals looked away, the Dalit movement circulated copies. At a time when the state and the Hindu right are painting Ambedkar as a ‘Hindu’ figure, this fierce critique—now with illuminating annotations— shows us how and why Ambedkar had no love for Hinduism. In his introduction, Kancha Ilaiah shepherd tells us why Hinduism is facing its biggest ever challenge from dalitbahujans. Ambedkar was one, today there are a million Ambedkar. 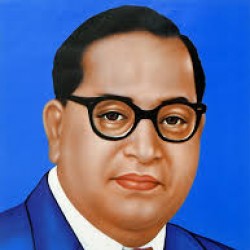 Bhimrao Ramji Ambedkar (14 April 1891 – 6 December 1956), popularly known as Babasaheb Ambedkar, was an Indian jurist, economist, politician and social reformer who inspired the Dalit Buddhist movement and campaigned against social discrimination towards the untouchables (Dalits), while also supporting the rights of women and labour. He was independent India's first law and justice minister, the architect of the Constitution of India, and a founding father of the Republic of India. In India and elsewhere, he was often called Babasaheb, meaning "respected father" in Marathi.

Ambedkar was a prolific student earning doctorates in economics from both Columbia University and the London School of Economics and gained a reputation as a scholar for his research in law, economics, and political science. In his early career, he was an economist, professor, and lawyer. His later life was marked by his political activities; he became involved in campaigning and negotiations for India's independence, publishing journals, advocating political rights and social freedom for Dalits, and contributing significantly to the establishment of the state of India. In 1956, he converted to Buddhism, initiating mass conversions of Dalits. He died six months shortly after conversion.