Home / Books / Between The Assassinations 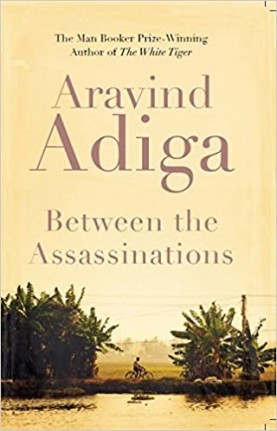 Full of fresh humor and wry observation, a small town in the south of India is conceived and mapped with brilliant precision Kittur is IndiaÃ¢??s south-western coast, in between Goa and Calicut Ã¢?? a small, undistinguished everytown. Here, an illiterate Muslim boy working at the train station finds himself tempted by an Islamic terrorist; a Dalit bookseller is arrested for selling a copy of The Satanic Verses; a rich, spoiled, half-caste student decides to explode a bomb in college; a sexologist has to find a cure for a young boy with a mysterious disease that maybe AIDS. Across class, religion, occupation, and preoccupation, Kittur is mapped. What emerges is the moral biography of an Indian town in the seven years between the assassinations of Prime Minister Gandhi and her son Rajiv. With the cartographerÃ¢??s precision and the novelistÃ¢??s humanity Aravind Adiga composes a group portrait of ordinary Indians in a time of extraordinary transformation. Keenly observed and finely detailed, Between the Assassinations is a triumph of the voice and imagination. 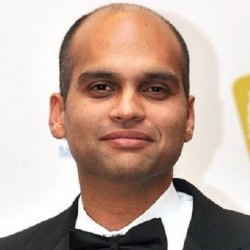 Aravind Adiga was born in 1974 in Madras (now called Chennai), and grew up in Mangalore in the south of India. He was educated at Columbia University in New York and Magdalen College, Oxford.

His articles have appeared in publications such as The New Yorker, the Sunday Times, the Financial Times, and the Times of India.

His debut novel, The White Tiger, won the Man Booker Prize for fiction in 2008. Its release was followed by a collection of short stories in the book titled Between the Assassinations.