Home / Books / The Inheritance of Loss. 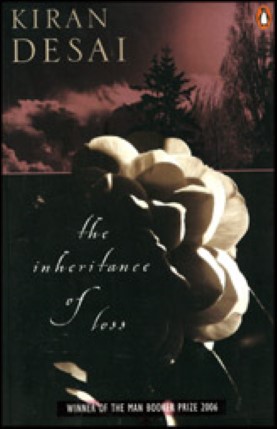 The Inheritance of Loss.

High in the Himalayas sits a dilapidated mansion, home to three people, each dreaming of another time.

The judge, broken by a world too messy for justice, is haunted by his past. His orphan granddaughter has fallen in love with her handsome tutor, despite their different backgrounds and ideals.

The cook's heart is with his son, who is working in a New York restaurant, mingling with an underclass from all over the globe as he seeks somewhere to call home.

Around the house swirl the forces of revolution and change. Civil unrest is making itself felt, stirring up inner conflicts as powerful as those dividing the community, pitting the past against the present, nationalism against love, a small place against the troubles of a big world.

'Poised, elegant and assured . . . breaks out into extraordinary beauty' The Times

'Desai's bold, original voice, and her ability to deal in a grand narratives with a deft comic touch that affectionately recalls some of the masters of Indian fiction, makes hers a novel to reread and remembered'Independent

Kiran Desai was born in India in 1971, was educated in India, England and the United States, and now lives in New York. She is the author of Hullabaloo in the Guava Orchard, which was published to unanimous acclaim in over twenty-two countries, and The Inheritance of Loss, 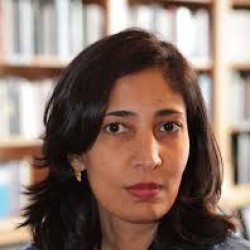 Kiran Desai was born in India in 1971, she lived in Delhi until she was 14, then spent a year in England, before her family moved to the USA.

She completed her schooling in Massachusetts before attending Bennington College; Hollins University and Columbia University, where she studied creative writing, taking two years off to write Hullabaloo in the Guava Orchard.

She first came to literary attention in 1997 when she was published in the New Yorker and in Mirrorwork, an anthology of 50 years of Indian writing edited by Salman Rushdie - Strange Happenings in the Guava Orchard was the closing piece.

In 1998, Hullabaloo in the Guava Orchard, which had taken four years to write, was published to good reviews.

She says, "I think my first book was filled with all that I loved most about India and knew I was in the inevitable process of losing.

It was also very much a book that came from the happiness of realizing how much I loved to write. “Eight years later, The Inheritance of Loss was published in early 2006, and won the 2006 Booker Prize.

When talking of the characters in The Inheritance of Loss, and of her own life, she says, "The characters of my story are entirely fictional, but these journeys (of her grandparents)

as well as my own provided insight into what it means to travel between East and West and it is this I wanted to capture. The fact that I live this particular life is no accident. It was my inheritance."