Home / Books / How To Win Friends And Influence People For Girls. 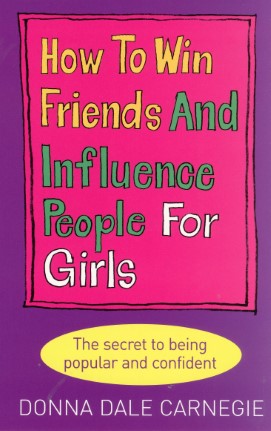 How To Win Friends And Influence People For Girls.

It's all about making friends! The teenage years can be tricky - especially if you're a girl. Let's face it, girls deal with pressures and dilemmas that boys couldn't even dream of, let alone handle! In this indispensable guide teenage girls will learn the most powerful ways to influence others, defuse arguments, admit mistakes and make self-defining choices.

Carnegie also provides solid advice for older teenagers beginning to explore their influence in the adult world, such as driving and handling interviews.

Full of fun quizzes, 'reality check' sections and real life examples, How to Win Friends and Influence People for Girls offers every teenage girl candid, insightful and timely advice on making friends and being a good friend.