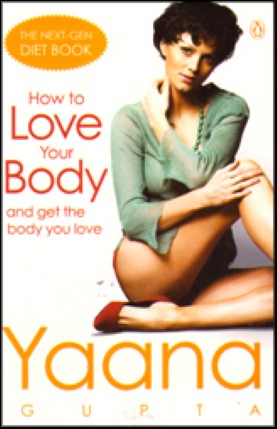 How To Love Your Body And Get The Body You Love

Do you look in the mirror and dislike what you see? Are you always trying different diets? Do you feel guilty if you overeat? You're not the only one. For sixteen years, model and actress Yaana Gupta struggled with her body and the way she felt about it.

She tried every diet, worked out constantly but the fears remained. In How to Love Your Body (and get the body you love), Yaana writes about how she got the balance back in her life and learnt to love herself.

Using her own experiences, she gives you easy to follow eating advice and the real lowdown on food from the right portions to eat to being healthy on the go. She also gives you great tips - how to understand the nutrition labels, the great dabba trick and the best snack to eat when you get a late-night hunger attack. Finally Yaana teaches you the greatest lesson of all - how you can learn to love and accept your body. Because without it, she argues, no weight loss will ever make you happy. 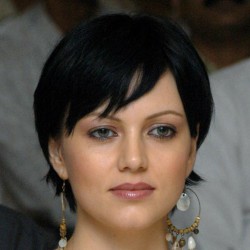 Yana Gupta was born on 23 April 1979 In Brno, Czech Republic, India. She is a Czech Indian Model, film actress, and author. his Educational Qualification Graduate in Park Architecture; Gardening and Debut Film Dum (2003). The item girl Yana also appeared in Tamil, Telugu, Bengali and Kannada movies as a guest actress in several movies. She was a contestant on the reality show Fear Factor: Khatron Ke Khiladi season 1 and This Hobbies Dancing, Travelling.

Yana performed in the show Bigg Boss 6 finale and she reached the finale of dance reality show Jhalak Dikhhla Jaa but lost out to Meiyang Chаng. Yana Gupta is also a well known writer who wrote a book on health How to Love Your Body and Get the Body You Love in 2009. Yana Gupta This Husband Name Satyakam Gupta