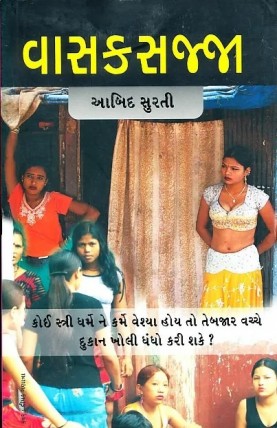 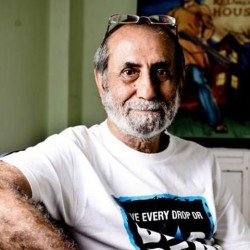 Abid Surti was born in a Gujarati Muslim family on 5 May 1935 at Vavera, near Rajula, Gujarat, India to Gulam-hussain and Sakina Begum. In his childhood, at the age of 5, he almost got carried away by flood in the Tapti river near Surat. The family later shifted to Bombay and he spent his childhood in Dongri area of Mumbai. His father was follower of Sufism. He joined the J. J. School of Art in 1954 and obtained a Diploma in Arts. He was greatly influenced by the writings of 20th-century Bengali novelist, Sharat Chandra Chatterji. Besides being a writer in Hindi and Gujarati, he is also an expert in Urdu. He started his career as a freelancer. In 1965, he married Masooma Begum; they have two sons from this marriage.

Surti has written short stories, novels, plays, children's books and travelogues. Several of his books have been translated into regional languages. He has also been writing for Hindi and Gujarati newspapers and magazines for over 40 years and received a National Award for his short-story collection Teesri Aankh in 1993. He became an author by accident. When his first love broke down due to family pressure, the teenaged Aabid had no one to confide in – so he began putting his story on paper. The story was published in Gujarati in 1965 as Tootela Farishta (Fallen Angels) and proved to be an unexpected success.

He has written more than 80 books, including 45 novels, 10 short story collections and 7 plays.