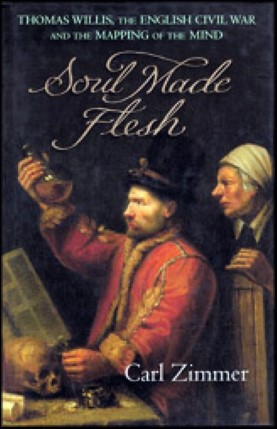 We take it for granted that the brain is the seat of our minds, the part of the body that is most ourselves. 500 years ago, Europeans, if they thought about the brain at all, took it much less seriously - whether it was a refrigerator or a pump, it was seen as little more than a mechanism, its only products tears and snot.

Among the revolutions of the seventeenth century was a revolution on the understanding of the brain and mind. It's central figure was a 17th century Englishman called Thomas Willis. To him, we owe our modern understanding of the miracle that is the human brain, the first dissections of the skull and the word 'psychology'. Zimmer's new book tells Willis' story, against the background of Civil War, regicide and Restoration.

Set in London and Oxford, we see the context of Willis' researches and dissections, meet his famous friends, the founders of the Royal Society, Boyle, Hooke and Sir Christopher Wren, who attended Willis' dissections and sketched the results. Few stories in the history of science are as important and fascinating - and as little-known - as this one. 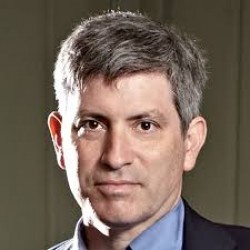 Carl Zimmer is an award-winning science writer. His latest book is "She Has Her Mother's Laugh: The Powers, Perversions, and Potential of Heredity" (May 2018, Dutton). He's also a columnist for the New York Times and a frequent contributor on Radiolab.

In his books, Zimmer travels to the frontiers of biological research, to discover how scientists are expanding our understanding of the natural world and ourselves. His books include "Parasite Rex," "Evolution: The Triumph of An Idea," "Soul Made Flesh," and "A Planet of Viruses."

Zimmer began his career at Discover, where he ended up as a senior editor. After publishing his first book, "At the Water's Edge," Zimmer became a full-time writer, contributing to magazines including National Geographic, The Atlantic, and Wired. Zimmer began contributing to the New York Times in 2004, and in 2013 he launched "Matter," a weekly column on everything from Neanderthal DNA to the future of life on Earth.

Among his awards, Zimmer has earned the National Academies Communication Award and the Stephen Jay Gould Prize. He is a three-time winner of the American Association for the Advancement of Science Journalism Award. Zimmer is a professor adjunct at Yale, where he teaches writing. He is, to his knowledge, the only writer after whom a species of tapeworm has been named.