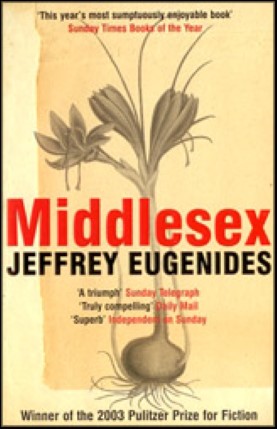 Available
'I was born twice: first, as a baby girl, on a remarkably smogless Detroit day of January 1960; and then again, as a teenage boy, in an emergency room near Petoskey, Michigan, in August of l974. My birth certificate lists my name as Calliope Helen Stephanides. My most recent driver's license records my first name simply as Cal.' So begins the breathtaking story of Calliope Stephanides, and three generations of the Greek-American Stephanides family who travel from a tiny village overlooking Mount Olympus in Asia Minor to Prohibition era Detroit, witnessing its glory days as the Motor City, and the race riots of l967, before they move out to the tree-lined streets of suburban Grosse Point, Michigan. To understand why Calliope is not like other girls, she has to uncover a guilty family secret, and the astonishing genetic history that turns Callie into Cal, one of the most audacious and wondrous narrators in contemporary fiction. Lyrical and thrilling, "Middlesex" is an exhilarating reinvention of the American epic. 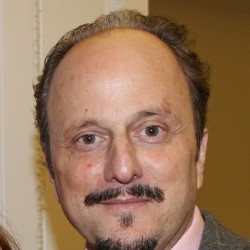 Eugenides was born in Detroit, Michigan, of Greek and Irish descent. He attended Grosse Pointe's private University Liggett School. He took his undergraduate degree at Brown University, graduating in 1983. He later earned an M.A. in Creative Writing from Stanford University.

In 1986 he received the Academy of Motion Picture Arts and Sciences Nicholl Fellowship for his story "Here Comes Winston, Full of the Holy Spirit". His 1993 novel, The Virgin Suicides, gained mainstream interest with the 1999 film adaptation directed by Sofia Coppola. The novel was reissued in 2009.

Eugenides is reluctant to appear in public or disclose details about his private life, except through Michigan-area book signings in which he details the influence of Detroit and his high-school experiences on his writings. He has said that he has been haunted by the decline of Detroit.

Jeffrey Eugenides lives in Princeton, New Jersey with his wife, the photographer and sculptor Karen Yamauchi, and their daughter. In the fall of 2007, Eugenides joined the faculty of Princeton University's Program in Creative Writing.

His 2002 novel, Middlesex, won the Pulitzer Prize for fiction and the Ambassador Book Award. Part of it was set in Berlin, Germany, where Eugenides lived from 1999 to 2004, but it was chiefly concerned with the Greek-American immigrant experience in the United States, against the rise and fall of Detroit. It explores the experience of the intersexed in the USA. Eugenides has also published short stories.

Eugenides is the editor of the collection of short stories titled My Mistress's Sparrow is Dead. The proceeds of the collection go to the writing center 826 Chicago, established to encourage young people's writing.