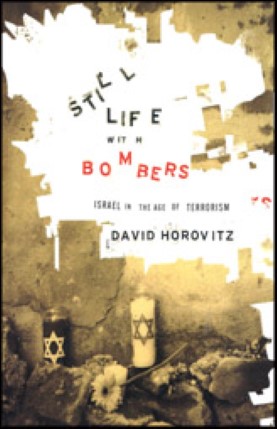 When peace talks between Palestinian and Israeli leaders collapsed at Camp David in 2000, a conflict as bloody as any that had ever occurred between the two peoples began. Now David Horovitz—editor of The Jerusalem Report—explores the quotidian and profound effects this conflict and its attendant terrorism have had on the lives of ordinary men, women and children.

Horovitz describes the “grim lottery” of life in Israel since 2000. He makes clear that far from becoming blasé or desensitized, its citizens respond with deepening horror every time the front pages are disfigured by the rows of passport portraits presenting the faces of the newly dead.

He takes us to the funeral of a murdered Israeli, where the presence of security personnel underlines that nowhere is safe. He describes how his wife must tell their children to close their eyes when they pass a just-exploded bus on the way to school, so that the images of carnage won’t haunt them.

He talks with government officials on both sides of the conflict, with relatives of murdered victims, with Palestinian refugees, and with his own friends and family, letting us sense what it feels like to live with the constant threat and the horrific frequency of shootings and suicide bombings. Examining the motives behind the violence, he blames mistaken policies and actions on the Israeli as well as the Palestinian side, and details the suffering of Palestinians deprived of basic freedoms under strict Israeli controls.

But at the root of this conflict, he argues, is terrorism and Yasser Arafat’s deliberate use of it after spurning a genuine opportunity for peace at Camp David, and then misleading his people, and much of the world, about what was on offer there. He describes how the world’s press has too often allowed prejudgment to replace fair-minded reporting. And finally, Horovitz makes us see the vast depth and extent of the mistrust between Israelis and Palestinians and the enormous challenges that underlie new attempts at peacemaking.

Human and harrowing—and yet projecting an unexpected optimism—Still Life with Bombers affords us a remarkably balanced and insightful understanding of a seemingly intractable conflict. 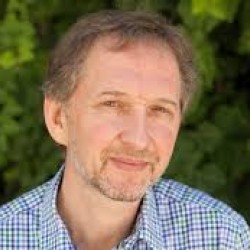 David Horovitz was the founding editor of The Times of Israel, a current affairs website based in Jerusalem that launch in February 2012. Previously, he had been the editor-in-chief of The Jerusalem Post and The Jerusalem Report and a frequent commentator on Israeli current affairs for BBC television, CNN, and NPR.

He has written for The New York Times and the Los Angeles Times, and is the author of A Little Too Close to God: The Thrills and Panic of a Life in Israel. Horovitz also edited and cowrote a biography of Yitzhak Rabin called Shalom, Friend, which won the National Jewish Book Award for nonfiction. Born in London, he emigrated to Israel in 1983 and lives in Jerusalem with his wife Lisa and their three children.