Home / Books / The Meaning Of Things. 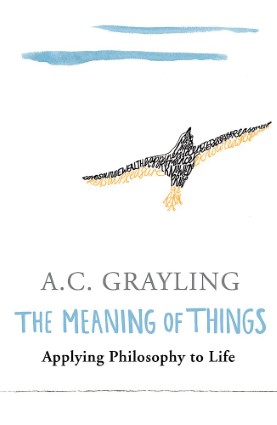 The Meaning Of Things.

Thinking about life, what it means and what it holds in store does not have to be a despondent experience, but rather can be enlightening and uplifting. A life truly worth living is one that is informed and considered, so a degree of philosophical insight into the human condition is inherently important.

This is a wonderfully stimulating read and an invaluable guide to what is truly important in living life, whether facing success, failure, justice, wrong, love, loss or any of the other profound experiences life throws out. 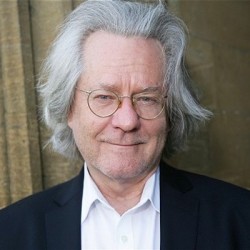 Anthony Clifford Grayling CBE (/ˈɡreɪlɪŋ/; born 3 April 1949) is a British philosopher and author. He was born in Northern Rhodesia (now Zambia) and spent most of his childhood there and in Malawi. In 2011 he founded and became the first Master of New College of the Humanities, an independent undergraduate college in London. Until June 2011, he was Professor of Philosophy at Birkbeck, University of London, where he taught from 1991. He is also a supernumerary fellow of St Anne's College, Oxford.

Grayling was a director and contributor at Prospect Magazine from its foundation until 2016. He is a Vice-President of Humanists UK and Honorary Associate of the National Secular Society, and Patron of the Defence Humanists. His main academic interests lie in epistemology, metaphysics, and philosophical logic and he has published works in these subjects. His political affiliations lie on the centre-left, and he has defended human rights and politically liberal values in print and by activism. He is associated in Britain with other new atheists. He frequently appears in British media discussing philosophy and public affairs.