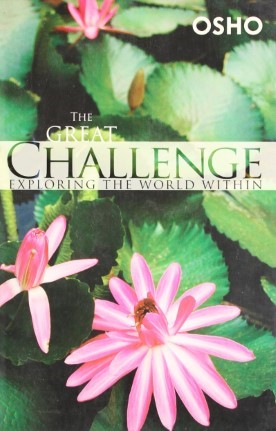 'Meditation means going into the unconscious: diving into it, being in it. It is to be chaotic in the chaos. It is to be without form within the formless. It is to let go of oneself, to float in the clouds, untethered...' Osho continues to inspire millions of people worldwide in their search to define a new approach to individual spirituality that is self-directed and responds to the everyday challenges of contemporary life.

His unique perspective encompasses both the timeless wisdom of the East and the highest potential of western science and technology. In The Great Challenge Osho encourages us to delve into our own minds to find the strength and the resolve to face the challenges of life.

In his answers to the questions asked of him by believers and skeptics alike, Osho covers it all - from God and faith to existence and consciousness, from intellect and intelligence to the significance of the master-disciple connection. An excellent introduction to Osho and his vision, this book also tells us about his revolutionary and scientific creation of Osho Active Meditations for the modern person. 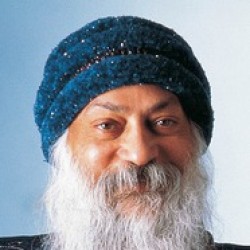 Osho defies categorization. His talks, which run into thousands, cover everything from the individual quest for meaning to the most urgent social and political issues facing society today.

Osho's books are not written but are transcribed from audio and video recordings of his extemporaneous talks to international audiences. As he puts it, 'So remember: whatever I am saying is not just for you . . . I am talking also for the future generations.'

Osho has been described by Sunday Times in London as one of the '1000 Makers of the 20th Century', and by American author Tom Robbins as 'the most dangerous man since Jesus Christ'.

Sunday Mid-Day (India) has selected Osho as one of the ten people-along with Gandhi, Nehru and Buddha-who have changed the destiny of India.

About his own work, Osho has said that he is helping to create the conditions for the birth of a new kind of human being. He often characterizes this new human being as 'Zorba, the Buddha'-capable both of enjoying the earthy pleasures of Zorba, the Greek and the silent serenity of Gautama, the Buddha.

Running like a thread through all aspects of Osho's talks and meditations is a vision that encompasses both the timeless wisdom of all ages past and the highest potential of today's (and tomorrow's) science and technology.

Osho is known for his revolutionary contribution to the science of inner transformation, with an approach to meditation that acknowledges the accelerated pace of contemporary life.

His unique OSHO Active Meditations™ are designed to first release the accumulated stresses of body and mind, so that it is then easier to take an experience of stillness and thought-free relaxation into daily life.