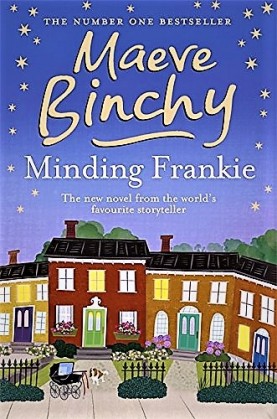 Baby Frankie is born into an unusual family. Her mother is desperate to find someone to take care of her child and she doesn't have much time.

Noel doesn't seem to be the most promising of fathers but despite everything, he could well be Frankie's best hope.

As for Lisa, she is prepared to give up everything for the man she loves; surely he's going to love her back?

And Moira is having none of it. She knows what's right, and has the power to change the course of Frankie's life...but Moira is hiding secrets of her own.

MINDING FRANKIE is a story about unconventional families, relationships which aren't quite what they seem, and the child at the heart of everyone's lives... 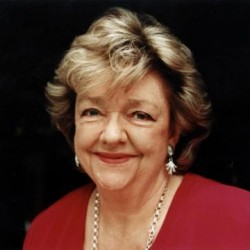 Maeve Binchy, one of Ireland's most beloved writers, has died in Dublin after a short illness at the age of 72, Irish media reported on Tuesday.

Binchy was revered for such novels as "Light a Penny Candle," "Tara Road," and "Circle of Friends," which was adapted for the screen in 1995. She sold more than 40 million books worldwide.

Her novels and short stories often examined the friction between tradition and modernity in Ireland. Her works have been translated into 37 languages.

Born in the Dublin suburb of Dalkey in 1940, she began her career as a teacher before moving into a distinguished career as a newspaper journalist and writer.

She then moved to London, where she became the London editor of The Irish Times newspaper.

Her first novel, "Light a Penny Candle," was published in 1982 and became a bestseller.

She later published dozens of novels, novellas and collections of short stories, including "The Copper Beech," "Silver Wedding," "Evening Class," and "Heart and Soul."