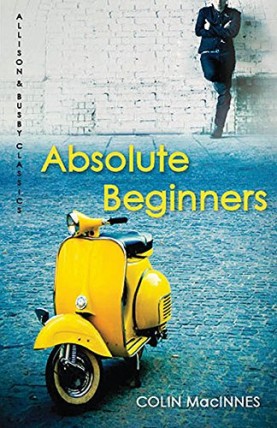 I swore by Elvis and all the saints that this last teenage year of mine was going to be a real rave. Yes, man, come whatever, this last year of the teenage dream I was out for kicks and fantasy' London, 1958. A new phenomenon is causing a stir: the teenager. In the smoky jazz clubs of Soho and the coffee bars of Notting Hill the young and the restless - the absolute beginners - are revolutionising youth culture and forging a new carefree lifestyle of sex, drugs and rock'n'roll.

Moving in the midst of this world of mods and rockers, Teddy gangs and trads., and snapping every scene with his trusty Rolleiflex, is MacInnes' young photographer, whose unique wit and honest views remain the definitive account of London life in the 1950s and what it means to be a teenager.

In this twentieth century cult classic, MacInnes captures the spirit of a generation and creates the style bible for anyone interested in Mod culture, and the changing face of London in the era of the first race riots and the lead up to the swinging Sixties... 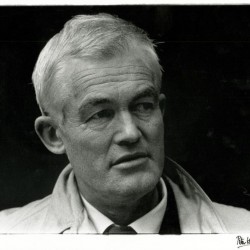 MacInnes was born in London, the son of singer James Campbell MacInnes and novelist Angela Thirkell, and was educated in Australia. He served in the British intelligence corps during World War II.

He was the author of a number of books depicting London youth and black immigrant culture during the 1950s, in particular City of Spades (1957), Absolute Beginners (1959) and Mr. Love and Justice (1960).