Home / Books / Marley & Me: Life and Love with the World's Worst Dog 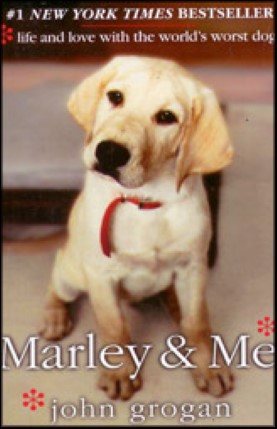 Marley & Me: Life and Love with the World's Worst Dog

Is it possible for humans to discover the key to happiness through a bigger-than-life, bad-boy dog? Just ask the Grogans.

John and Jenny were just beginning their life together. They were young and in love, with not a care in the world. Then they brought home Marley, a wiggly yellow furball of a puppy. Life would never be the same.

Marley grew into a barreling, ninety-seven-pound streamroller of a Labrador retriever. He crashed through screen doors, gouged through drywall, and stole women's undergarments. Obedience school did no good -- Marley was expelled.

But just as Marley joyfully refused any limits on his behavior, his love and loyalty were boundless, too. Marley remained a model of devotion, even when his family was at its wit's end. Unconditional love, they would learn, comes in many forms.

Marley & Me is John Grogan's funny, unforgettable tribute to this wonderful, wildly neurotic Lab and the meaning he brought to their lives. 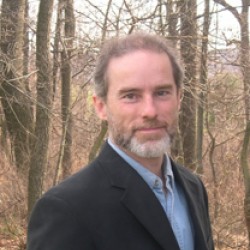 John Grogan did not set out to write a "dog book." The title character in his debut memoir, Marley & Me, may be a rambunctious Labrador Retriever, but Grogan aimed to tell an autobiographical story of how he and his wife adjusted to married life as newlyweds.

Still, the canine character struck a chord with readers, keeping the book on the The New York Times bestseller list more than a year.

Now the film, starring Jennifer Aniston and Owen Wilson, is slated to drop this December. Grogan's second memoir, The Longest Trip Home (enter now to win a copy »), digs deeper into his past, starting in childhood and spanning 40 years of Grogan family history.

He talks with Goodreads about life since Marley, why it pays to be a pack rat, and flirting with senior citizens.