Home / Books / All the Light We Cannot See 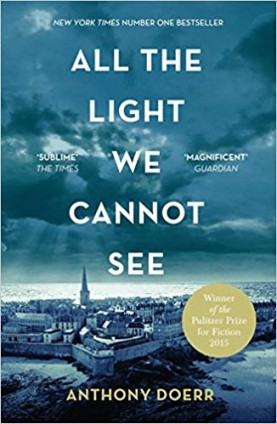 All the Light We Cannot See

When Marie Laure goes blind, aged six, her father builds her a model of their Paris neighbourhood, so she can memorize it with her fingers and then navigate the real streets. But when the Germans occupy Paris, father and daughter flee to Saint-Malo on the Brittany coast, where Marie-Laure’s agoraphobic great uncle lives in a tall, narrow house by the sea wall.

In another world in Germany, an orphan boy, Werner, is enchanted by a crude radio. He becomes a master at building and fixing radios, a talent ultimately makes him a highly specialized tracker of the Resistance. Werner travels through the heart of Hitler Youth to the far-flung outskirts of Russia, and finally into Saint-Malo, where his path converges with Marie-Laure.

Deftly interweaving the lives of Marie-Laure and Werner, Doerr illuminates the ways, against all odds, people try to be good to one another. Ten years in the writing, ALL THE LIGHT WE CANNOT SEE is his most ambitious and dazzling work. 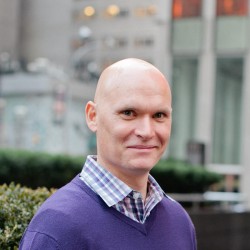 Anthony Doerr was born and raised in Cleveland, Ohio. He is the author of the story collections The Shell Collector and Memory Wall, the memoir Four Seasons in Rome, and the novels About Grace and All the Light We Cannot See, which was awarded the 2015 Pulitzer Prize for fiction and the 2015 Andrew Carnegie Medal for Excellence in Fiction.

Doerr’s short stories and essays have won four O. Henry Prizes and been anthologized in The Best American Short Stories, New American Stories, The Best American Essays, The Scribner Anthology of Contemporary Fiction, and lots of other places. His work has been translated into over forty languages and won the Barnes & Noble Discover Prize, the Rome Prize, the New York Public Library’s Young Lions Award, a Guggenheim Fellowship, an NEA Fellowship, an Alex Award from the American Library Association, the National Magazine Award for Fiction, four Pushcart Prizes, two Pacific Northwest Book Awards, four Ohioana Book Awards, the 2010 Story Prize, which is considered the most prestigious prize in the U.S. for a collection of short stories, and the Sunday Times EFG Short Story Award, which is the largest prize in the world for a single short story. All the Light We Cannot See was a #1 New York Times bestseller, and remained on the hardcover fiction bestseller list for 134 consecutive weeks.

Doerr lives in Boise, Idaho with his wife and two sons. A number of media interviews with him are collected here. Though he is often asked, as far as he knows he is not related to the late writer Harriet Doerr.

If you’re interested in reading some of his work online, you can find a number of essays here, a story at Granta, and you can watch the actor Damian Lewis reading part of Doerr’s story “The Deep” here.