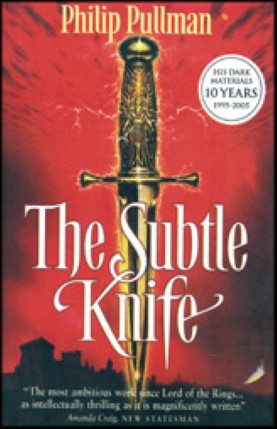 Available
Here is the highly anticipated second installment of Philip Pullman's epic fantasy trilogy, begun with the critically acclaimed The Golden Compass. Lyra and Will, her newfound friend, tumble separately into the strange tropical otherworld of CittÃ gazze, "the city of magpies," where adults are curiously absent and children run wild. Here their lives become inextricably entwined when Lyra's alethiometer gives her a simple command: find Will's father. Their search is plagued with obstacles--some familiar and some horribly new and unfathomable--but it eventually brings them closer to Will's father and to the Subtle Knife, a deadly, magical, ancient tool that cuts windows between worlds. Through it all, Will and Lyra find themselves hurtling toward the center of a fierce battle against a force so awesome that leagues of mortals, witches, beasts, and spirits from every world are uniting in fear and anger against it. This breathtaking sequel will leave readers eager for the third and final volume of His Dark Materials. 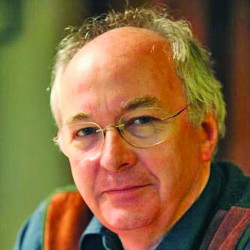 PHILIP PULLMAN is one of the most acclaimed writers working today. He is best known for the His Dark Materials trilogy

(The Golden Compass, The Subtle Knife, The Amber Spyglass), which has been named one of the top 100 novels of all time by Newsweek and one of the all-time greatest novels by Entertainment Weekly.

He has also won many distinguished prizes, including the Carnegie Medal for The Golden Compass (and the reader-voted "Carnegie of Carnegies" for the best children's book of the past seventy years);

(The Subtle Knife and The Amber Spyglass); and the Astrid Lindgren Memorial Award, in honor of his body of work. In 2004, he was appointed a Commander of the Order of the British Empire.

It has recently been announced that The Book of Dust, the much anticipated new book from Mr. Pullman, also set in the world of His Dark Materials, will be published as a major work in three parts, with the first part to arrive in October 2017.

Philip Pullman is the author of many other much-lauded novels. Other volumes related to His Dark Materials: Lyra's Oxford, Once Upon a Time in the North, and The Collectors.

For younger readers: I Was a Rat!; Count Kalstein; Two Crafty Criminals; Spring-Heeled Jack, and The Scarecrow and His Servant.

For older readers: the Sally Lockhart quartet: The Ruby in the Smoke, The Shadow in the North, The Tiger in the Well, and The Tin Princess; The White Mercedes; and The Broken Bridge.

Philip Pullman lives in Oxford, England. To learn more, please visit philip-pullman.com and hisdarkmaterials.com. Or follow him on Twitter at @PhilipPullman.