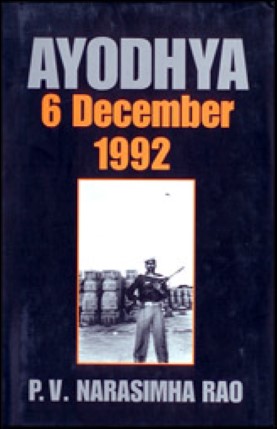 "I cannot count how many people, both friends and opponents, have hurled at me the question, Why did you not impose President's Rule in Uttar Pradesh in order to save the Babri Masjid from vandalism on 6 December 1992" Indeed, this question must be examined . . .' P.V. Narasimha Rao was the prime minister of India when, in December 1992, kar sevaks, flouting a Supreme Court order, streamed into Ayodhya in thousands.

On 6 December, to the horror of the entire nation, they attacked the Babri Masjid and began to demolish the structure. The communal riots that followed ripped apart the secular fabric of the nation. Even today, the Ramjanmabhoomi?"Babri Masjid dispute has not been resolved, and Ayodhya remains a hotbed of political intrigue and communal tension. Could nothing have been done to prevent what happened at Ayodhya on 6 December 1992? Why did the Union government take no action when the kar sevaks were flouting a Supreme Court order? Why were paramilitary forces not deployed to protect the Babri Masjid when it was under imminent threat?

Why did the state government of Uttar Pradesh not intervene in any way, and why did senior BJP leaders watch helplessly even as the mosque was being torn down? And why did it take so long for President's Rule to be imposed on the state? Ayodhya: 6 December 1992 records Prime Minister P.V. Narasimha Rao's view of what really happened at Ayodhya, and why.

Comparing the 6 December 1992 incident with the unsuccessful attack on the Babri Masjid by kar sevaks in 1990 (when Mulayam Singh Yadav was chief minister of UP and a Janata Dal government ruled at the Centre), Rao discloses in no uncertain terms how the issue of building a Ram mandir at Ayodhya was politicized for electoral benefit. Discussing Article 356 of the Constitution at length, he explains why it was inadvisable to place UP under President's Rule. Drawing on the Supreme Court order, parliamentary proceedings, eyewitness reports and his own political insights 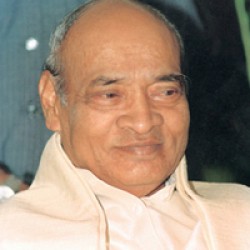 Pamulaparti Venkata Narasimha Rao (28 June 1921 – 23 December 2004) was an Indian lawyer and politician who served as the tenth Prime Minister of India (1991–1996). His ascendancy to the prime ministership was politically significant in that he was the first holder of this office from non-Hindi-speaking south India. He led an important administration, overseeing a major economic transformation and several home incidents affecting national security of India.

Rao who held the Industries portfolio was personally responsible for the dismantling of the Licence Raj as this came under the purview of the Ministry of Commerce and Industry. He is often referred to as the "Father of Indian Economic Reforms". Future prime ministers Atal Bihari Vajpayee and Manmohan Singh continued the economic reform policies pioneered by Rao's government.

Rao was also referred to as Chanakya for his ability to steer tough economic and political legislation through the parliament at a time when he headed a minority government.