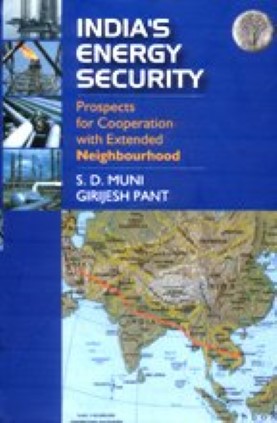 India's search for energy security is assuming challenging dimensions. In the broad framework of India's approach to its Asian neighbors, this study explores India's extended neighborhood for the prospects of energy cooperation. 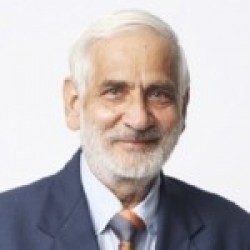 He served as India's Special Envoy to SE Asian countries on UNSC Reforms (2005) and represented India’s Minister of External Affairs at the 50th Anniversary celebrations of the Paris Peace Conference, held in Phnom Penh, Kampuchea. He was also India’s Ambassador to Lao People's Democratic Republic (1997-99). Prof. Muni was nominated to the first ever constituted National Security Advisory Board of India during 1990-91.

He was the founding executive member of the Regional Centre of Strategic Studies, Colombo, Sri Lanka, and also served on the Executive Council of the Institute for Defence Studies and Analyses (IDSA), New Delhi, India. In 2005 he was bestowed with 'Sri Lanka Ratna', Sri Lanka's highest national honor for a foreign national. The Institute of National Security Studies Sri Lanka, Colombo, offered him affiliation as Honorary Distinguished Fellow in 2016.

The Jawaharlal Nehru University, where he held the prestigious Appadorai Chair of International Politics and Area Studies, conferred on him the status of Professor Emeritus in 2014. In October 2014, he also received the “Life Time Achievement Award” from Shri Venkateshwara University, Tirupati, A.P, India. He has been sitting on selection committees for appointment of Vice-Chancellors and Faculty members in various Universities.

He was invited to address the UN Special Committee on Indian Ocean as a Zone of Peace at Sochi, then as part of the Soviet Union, in 1985. Author and editor of nearly thirty books & monographs and more than 200 research papers, Prof. Muni was also the founder editor of two prestigious quarterly Journals in India, The South Asia Journal (Subsequently renamed as South Asian Survey launched by Indian Council for South Asian Cooperation), and Indian Foreign Affairs Journal (For Association of Indian Diplomats). Prof. Muni has travelled extensively.