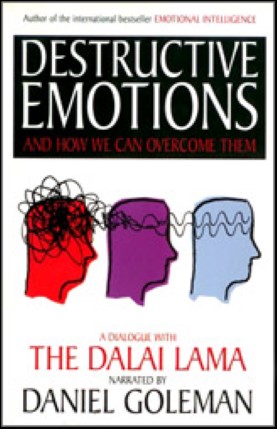 The bestselling author of Emotional Intelligence offers a front-row seat at a groundbreaking meeting between the Dalai Lama and some of the foremost scientists and philosophers in the world. Imagine sitting with the Dalai Lama in his private meeting room with a small group of world-class scientists and philosophers. The talk is lively and fascinating, as these leading minds grapple with age-old questions of compelling contemporary urgency: Why do seemingly rational people commit acts of cruelty and violence? What are the root causes of destructive behavior? Can we learn to control the emotions that drive these impulses?Organized by the Mind and Life Institute, this rich encounter of science and spirit, East and West, brings together cutting-edge research in neuroscience, education, and psychology with the most sophisticated Buddhist practices for transforming negative emotions. Goleman, as scientific coordinator and narrator, also reveals the personalities behind the debates as the participants develop ideas for further collaboration and research. 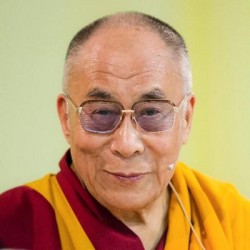 Jetsun Jamphel Ngawang Lobsang Yeshe Tenzin Gyatso (born Lhamo Döndrub), the 14th Dalai Lama, is a practicing member of the Gelug School of Tibetan Buddhism and is influential as a Nobel Peace Prize laureate, the world's most famous Buddhist monk, and the leader of the exiled Tibetan government in India.

Tenzin Gyatso was the fifth of sixteen children born to a farming family. He was proclaimed the tulku (an Enlightened lama who has consciously decided to take rebirth) of the 13th Dalai Lama at the age of two.

On 17 November 1950, at the age of 15, he was enthroned as Tibet's ruler. Thus he became Tibet's most important political ruler just one month after the People's Republic of China's invasion of Tibet on 7 October 1950. In 1954, he went to Beijing to attempt peace talks with Mao Zedong and other leaders of the PRC. These talks ultimately failed.

After a failed uprising and the collapse of the Tibetan resistance movement in 1959, the Dalai Lama left for India, where he was active in establishing the Central Tibetan Administration (the Tibetan Government in Exile) and in seeking to preserve Tibetan culture and education among the thousands of refugees who accompanied him.

Tenzin Gyatso is a charismatic figure and noted public speaker. This Dalai Lama is the first to travel to the West. There, he has helped to spread Buddhism and to promote the concepts of universal responsibility, secular ethics, and religious harmony.

He was awarded the Nobel Peace Prize in 1989, honorary Canadian citizenship in 2006, and the United States Congressional Gold Medal on 17 October 2007.