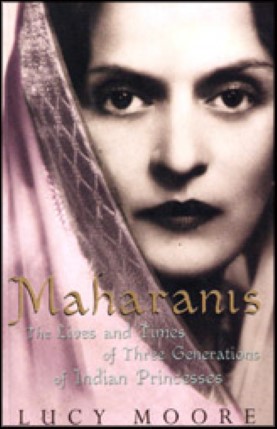 In MAHARANIS Lucy Moore brilliantly recreates the lives of four princesses - two grandmothers, a mother and a daughter - of the Royal courts of India. Their extraordinary story takes in tiger hunts, exotic palaces and lavish ceremonies in India, as well as the glamorous international scene of the Edwardian and interwar era.

It is also an intimate portrait of four remarkable women - Chimnabai, Sunity, Indira and Ayesha - who changed the world they lived in. Through their lives Lucy Moore tells the history of a nation during an era of great change: the rise and fall of the Raj from the Indian Mutiny to Independence and beyond. 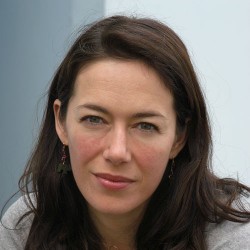 Lucy Moore was born in 1970 and educated in Britain and the United States before reading history at Edinburgh University. She is the editor of Con Men and Cutpurses: Scenes from the Hogarthian Underworld, and author of the critically acclaimed The Thieves Opera: The Remarkable Lives and Deaths of Jonathan Wild, Thief-Taker, and Jack Sheppard, House-Breaker (Viking 1996) as well as Amphibious Thing: the Life of a Georgian Rake (Viking 2000) and Maharanis: The Lives and Times of Three Generations of Indian Princesses (Viking 2004).

Maharanis has been reprinted six times, was an Evening Standard bestseller, and the top selling non-fiction title in WH Smith on paperback publication in summer 2005.

Lucy is a regular book reviewer for the Observer and the Sunday Times. In April 2001, she was voted one of the 'Top Twenty Young Writers in Britain' by the Independent on Sunday and in the 'Writers' section of the New Statesman's 'Best of Young British' issue.