Home / Books / Sky is My Father: A Naga Village Remembered 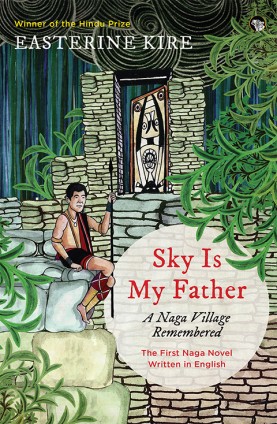 Sky is My Father: A Naga Village Remembered

The celebrated novel—the first Naga novel in English—about the legendary battle between Britain and the little warrior village of Khonoma in the nineteenth century, now reissued.

Between 1832 and 1880, the Angami warriors of Khonoma were a beacon of Naga resistance against the British, carrying out raids and disrupting the forced recruitment of the Nagas as bonded labourers. In this richly detailed historical novel—the first Naga novel to appear in English—Hindu Prize winner Easterine Kire brings alive Khonoma of the nineteenth century, a natural fortress nestled amidst high mountains. Life in the far-flung Naga hills was ordered by the seasons and the ceaseless labour of both women and men in the fields; by social taboos, rituals and festivals. Young men grew up on stories of valiant battles with rival villages, tigers, spirits and the British. Everyone had a deep connection with the land, and they took pride in fighting and toiling for it.

The Khonoma warriors clashed with the British a number of times, stirring other Naga villages to join them as well. After the death of an officer in 1879, the British laid siege upon the tiny village. But despite being outumbered and ill-equipped, Khonoma held out against them for four long months, eventually signing a peace treaty on 27 March, 1880.

Originally published to great acclaim as A Naga Village Remembered, this revised edition weaves together meticulous research, oral narratives and fabulous prose, to tell the story of a proud and remarkable community reckoning with radical change—within and without. 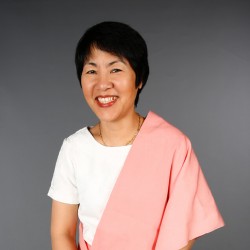 Easterine Kire is a poet, novelist, short-story writer and a writer of children’s books. Her first novel, A Naga Village Remembered (reissued as Sky Is My Father), was also the first Naga novel to be published in English. Her other novels include Son of the Thundercloud (winner of the Bal Sahitya Puraskar 2018 and the Tata Literature Live! Book of the Year Award 2017); Bitter Wormwood (shortlisted for the Hindu Prize 2013); When the River Sleeps (winner of the Hindu Prize 2015); and Don’t Run, My Love.

Easterine Kire’s work has been translated into German, Croatian, Uzbek, Norwegian and Nepali. In 2011 she was awarded the governor’s medal for excellence in Naga literature