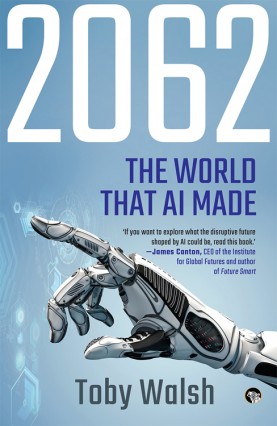 The World That AI Made

In 2062, world-leading researcher Toby Walsh considers the impact AI will have on work, war, economics, politics, everyday life and, indeed, even human death. Will automation take away most jobs? Will robots become conscious and take over? Will we become immortal machines ourselves, uploading our brains to the cloud? How will politics adjust to the post-truth, post-privacy digitised world? When we have succeeded in building intelligent machines, how will life on this planet unfold? What lies in store for homo digitalis—the people of the not-so-distant future who will be living amongst fully functioning artificial intelligence?

Based on a deep understanding of technology, 2062 describes the choices we need to make today to ensure that the future remains bright.

‘As Toby Walsh convincingly puts it, “the golden age of philosophy is just about to begin”—a testament to both the richness and the urgency of the questions that confront us between now and 2062. This is a compelling invitation to imagine the future we want, and a lively provocation to make it happen.’—Brian Christian, author of The Most Human Human and co-author of Algorithms to Live By 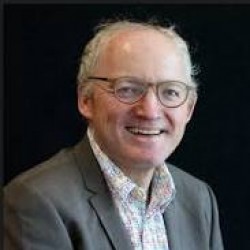 Toby Walsh  is a Laureate fellow, and professor of artificial intelligence at the University of New South Wales and Data61 (formerly NICTA. He has served as Scientific Director of NICTA, Australia's centre of excellence for ICT research. He is noted for his work in artificial intelligence, especially in the areas of social choice, constraint programming and propositional satisfiability. He currently serves on the Executive Council on the Association for the Advancement of Artificial Intelligence.

He received an M.A. degree in theoretical physics and mathematics from the University of Cambridge and a M.Sc. and Ph.D. degree in artificial intelligence from the University of Edinburgh. He has held research positions in Australia, England, Ireland, Italy France, Germany, Scotland, and Sweden. He has been Editor-in-Chief of the Journal of Artificial Intelligence Research, and of AI Communications. He was chaired several conferences in the area of artificial intelligence including the International Joint Conference on Artificial Intelligence He is Editor of the Handbook of Constraint Programming, and of the Handbook of Satisfiability.

In 2015, he helped release an open letter calling for a ban on offensive autonomous weapons that attracted over 20,000 signatures. He later gave a talk at TEDxBerlin on this topic. In 2017, he organized an open letter calling for a ban signed by over 100 founders of AI and Robotics companies including Elon Musk, Mustafa Suleyman and Jüergen Schmidhuber. Also in 2017, he organized a letter to the Prime Minister of Australia calling for Australia to negotiate towards a ban signed by over one hundred researchers from Australia working on artificial intelligence.

In 2018, he chaired the Expert Working Group of the Australian Council of Learned Academies (ACOLA) preparing a Horizon Scanning Report on the "Deployment of Artificial Intelligence and what it presents for Australia" at the request of Australia’s Chief Scientist, Dr Alan Finkel, and on behalf of the Commonwealth Science Council. Additionally, he was interviewed on ABC Comedy by Tom Ballard, discussing the "robot revolution".

He is the author of two books on artificial intelligence for a general audience: "It's Alive!: Artificial Intelligence from the Logic Piano to Killer Robots" which looks at the history and present of AI, and "2062: The World that AI Made" which looks at the potential impact AI will have on our society. Both are published by Black Inc. The books are available in ten different languages: Chinese, English, German, Korean, Polish, Romanian, Russian, Taiwanese, Turkish and Vietnamese.